Spirituality, culture, architecture, history, civilization, nature, wildlife, culinary experiences, diversity are some of the attributes India is known for. There is lots to explore in India and here we put together a few interesting places that should be part of your bucket list as the world opens up for Responsible travel once again.

Rishikesh, often known as the Yoga Capital of the World is the most tranquil city in the Uttarakhand state situated on the Ganges river, at the foothills of the Himalayas. Many ashrams provide yoga and spiritual training to tourists visiting Rishikesh. It is the starting point to many treks and pilgrimage centres such as Badrinath, Kedarnath, Yamunotri and Gangotri together known as the Chota Char Dham. It is here that the sacred river Ganga flowing through the narrow hills now enters the vast plains. 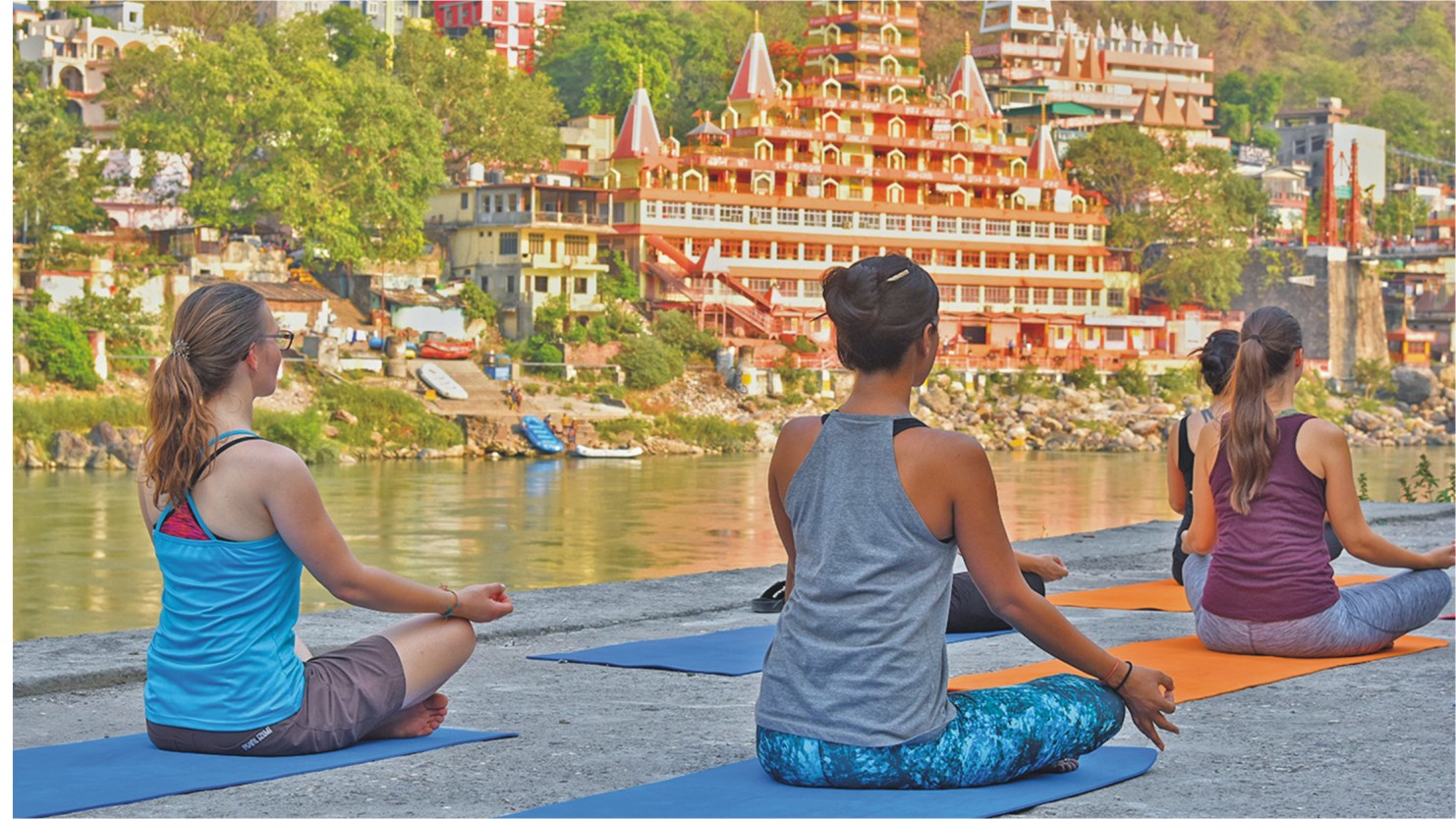 Ancient legend states that after defeating Ravana, Lord Rama offered penance here and Lakshmana crossed the river using jute ropes. At this same place, we have the Laxman Jhula bridge which is one of the most iconic landmarks of Rishikesh. The iron bridge offers amazing views of the river and its surrounds. Later in 1986, another iron bridge named Ram Jhula was built connecting the two banks of the river Ganga. 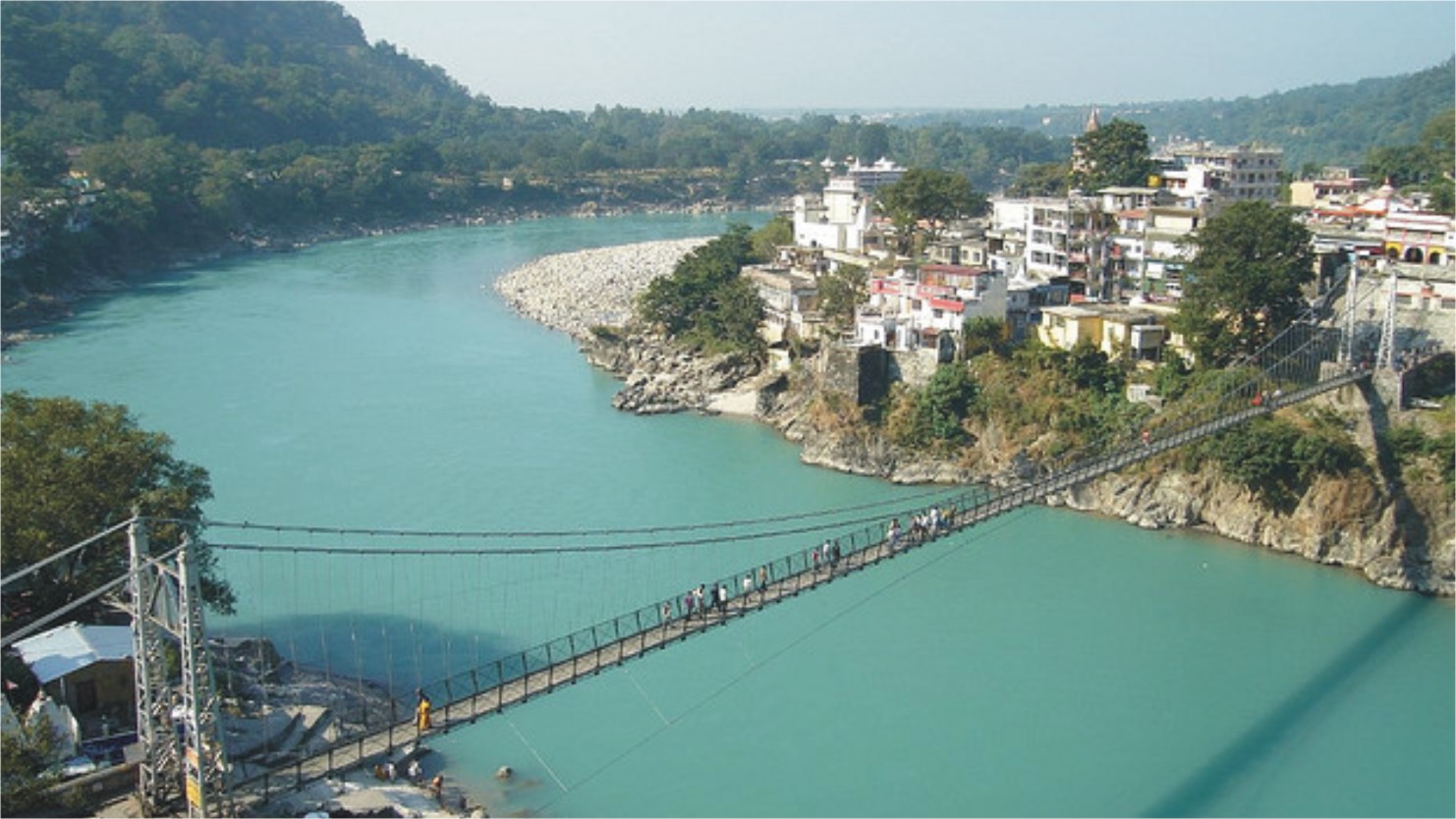 Trayambakeshwar is an iconic 13-storey temple dedicated to Lord Shiva located at a walking distance from the Laxman Jhula. The devotees have to pass through the various chambers on each floor dedicated to other Gods and reach the top where the Shiva Linga is present. In the evening you get to see a beautiful view of the lighted Laxman Jhula and the river below. 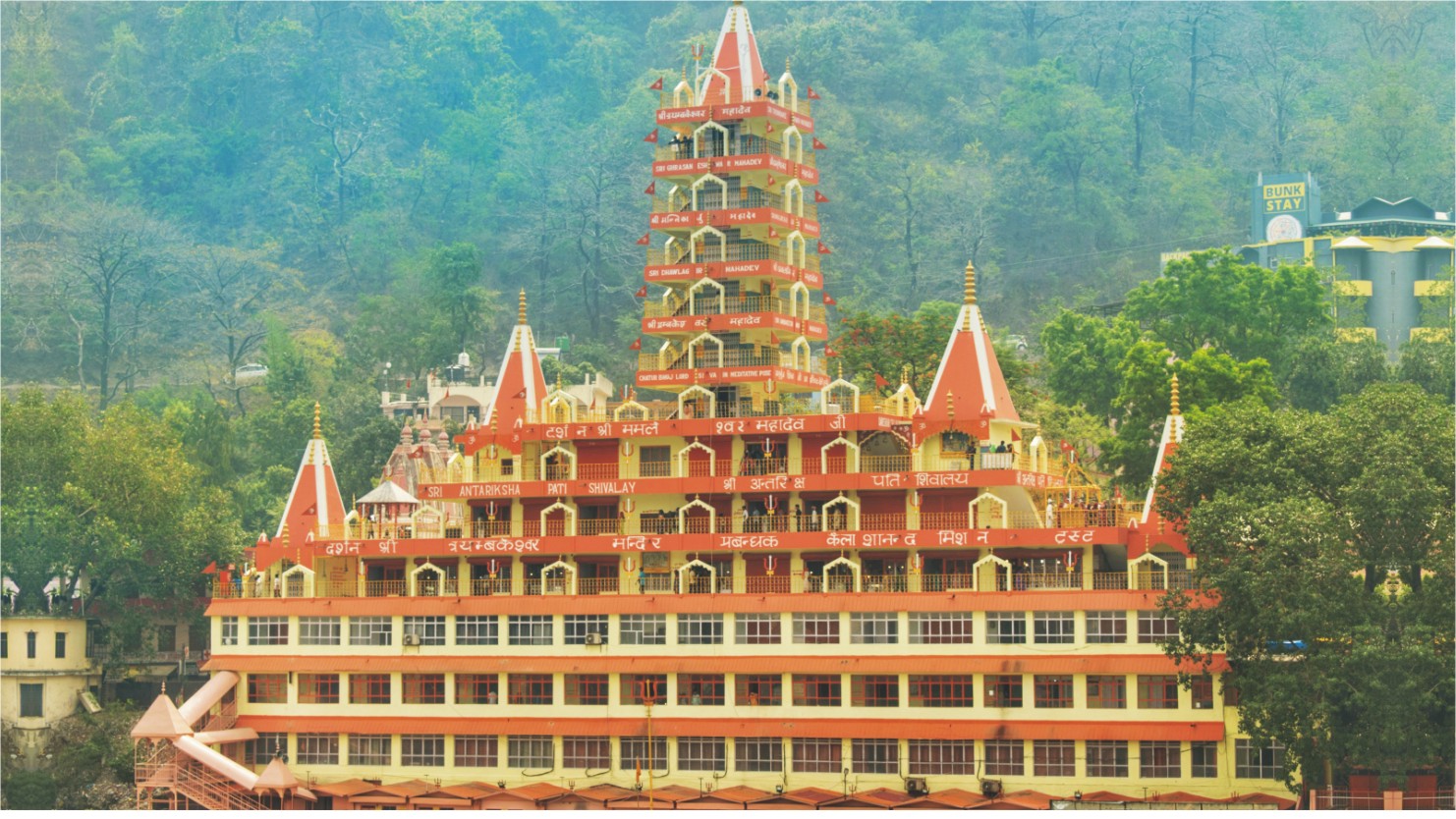 Triveni Ghat is a well known bathing ghat to have a holy dip and is well-known for the evening Ganga Aarti which takes place here everyday. It is the perfect place to experience traditional India with its devotees attaining peace during the Aarti. 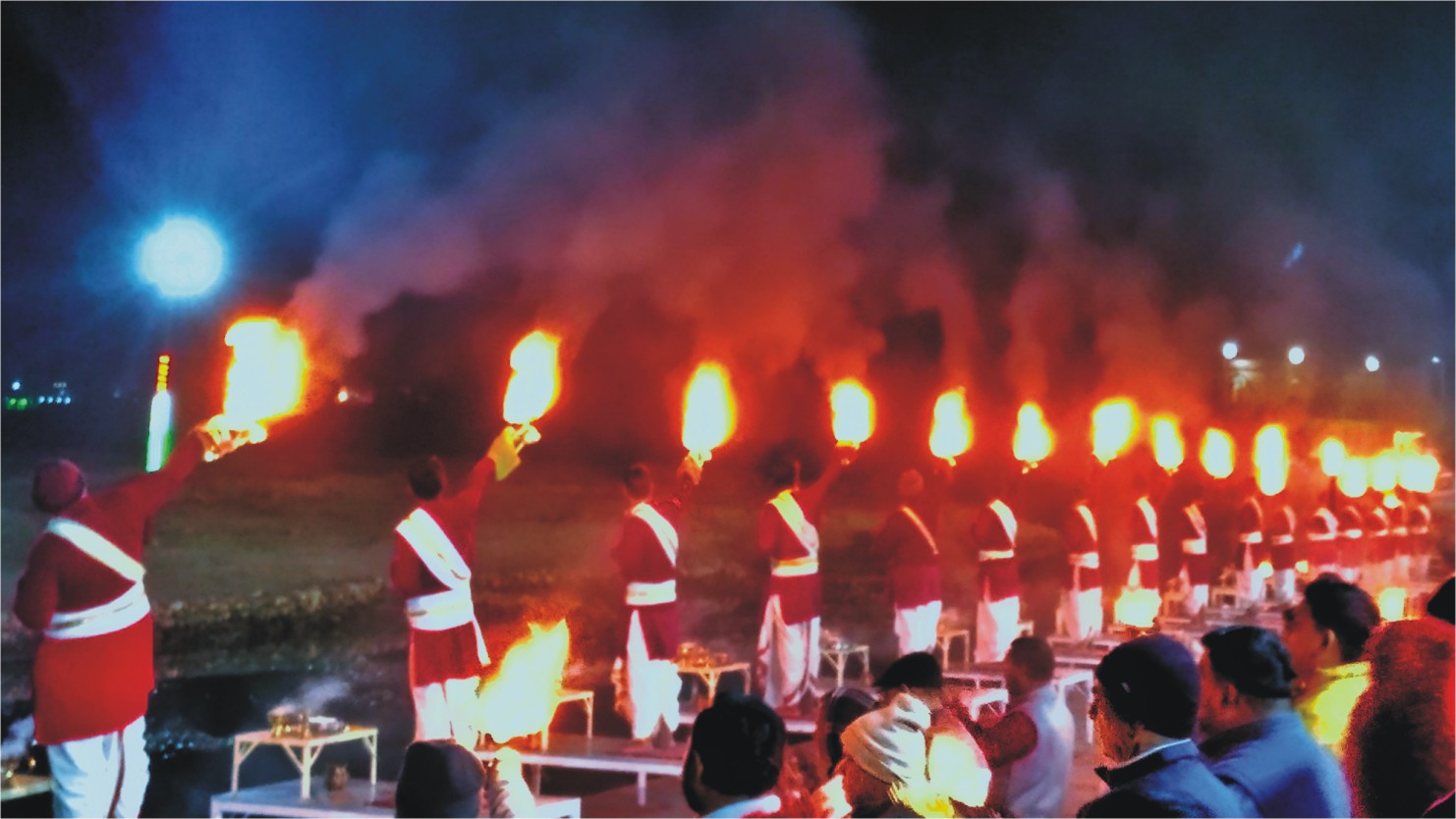 Rishikesh is also known as the adventure capital of India. In summers, it is a popular spot for white water rafting. It is recommended to do at least 16 kilometres of rafting to have a memorable rafting experience. During weekends advance pre booking is very much recommended. Other adventure activities include Bungee Jumping, Giant Swing, Zip Lining, Hiking, Trekking, Rock climbing, etc. 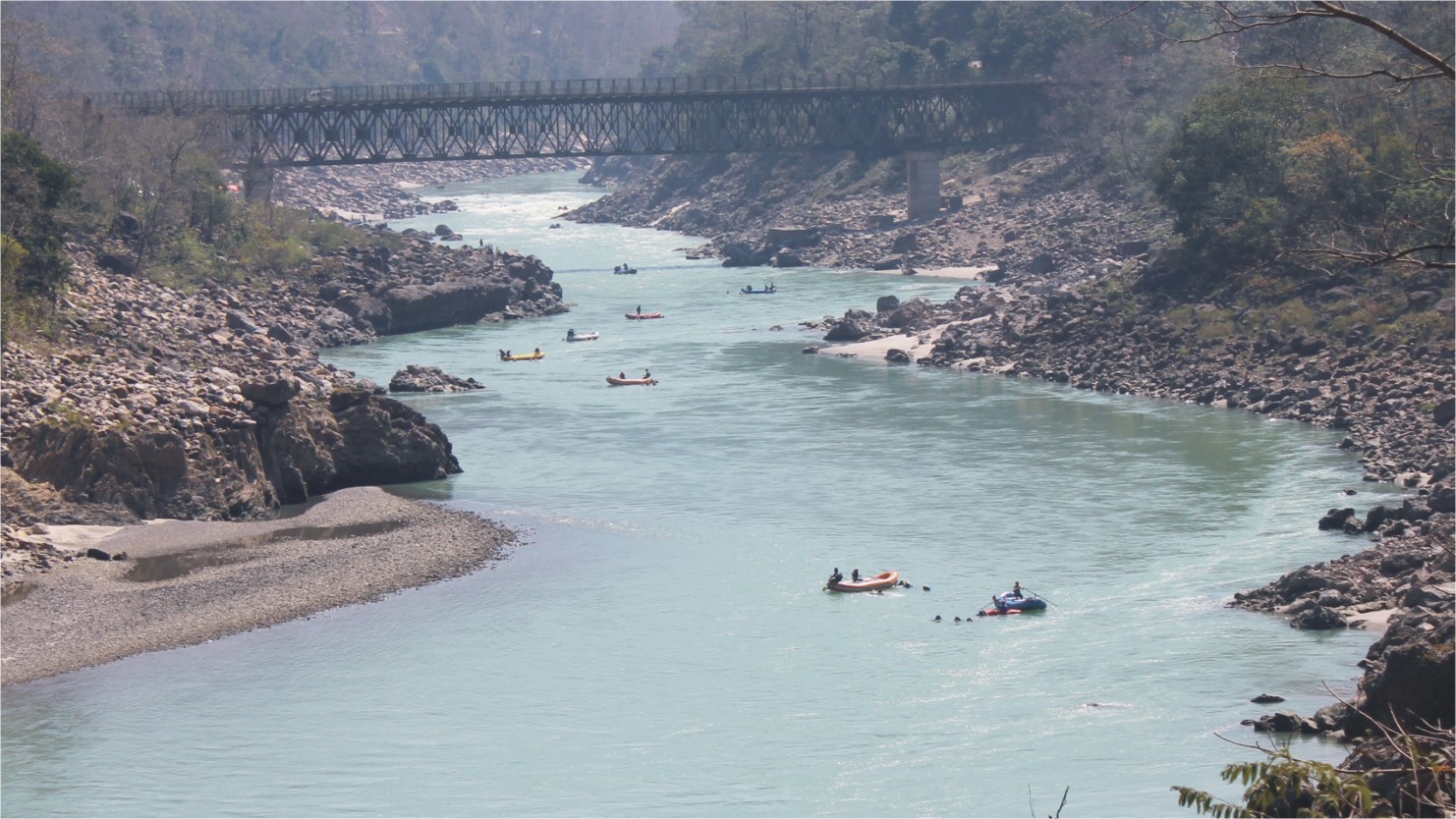 From Dehradun airport you drive south 21 kilometres (30 min) to reach Rishikesh.  Rishikesh also has a railway station which is well connected to other major train stations in India.

During the visit of the Prince of Wales in 1876, Maharaja Ram Singh painted the entire city of Jaipur in pink as the colour pink symbolized hospitality. Jaipur is therefore known as the Pink city and is the capital of the largest state(in terms of area) in India. It is a planned city and has UNESCO sites viz, the Amber fort and the Jantar Mantar.

Amber Fort or Amber Palace is a UNESCO site situated at about 11 kilometres from Jaipur. The strong and safe fort was built with red sandstone and white marble with beautiful carvings, precious stones and mirrors. The Maota Lake in front of the Palace adds charm to the place. 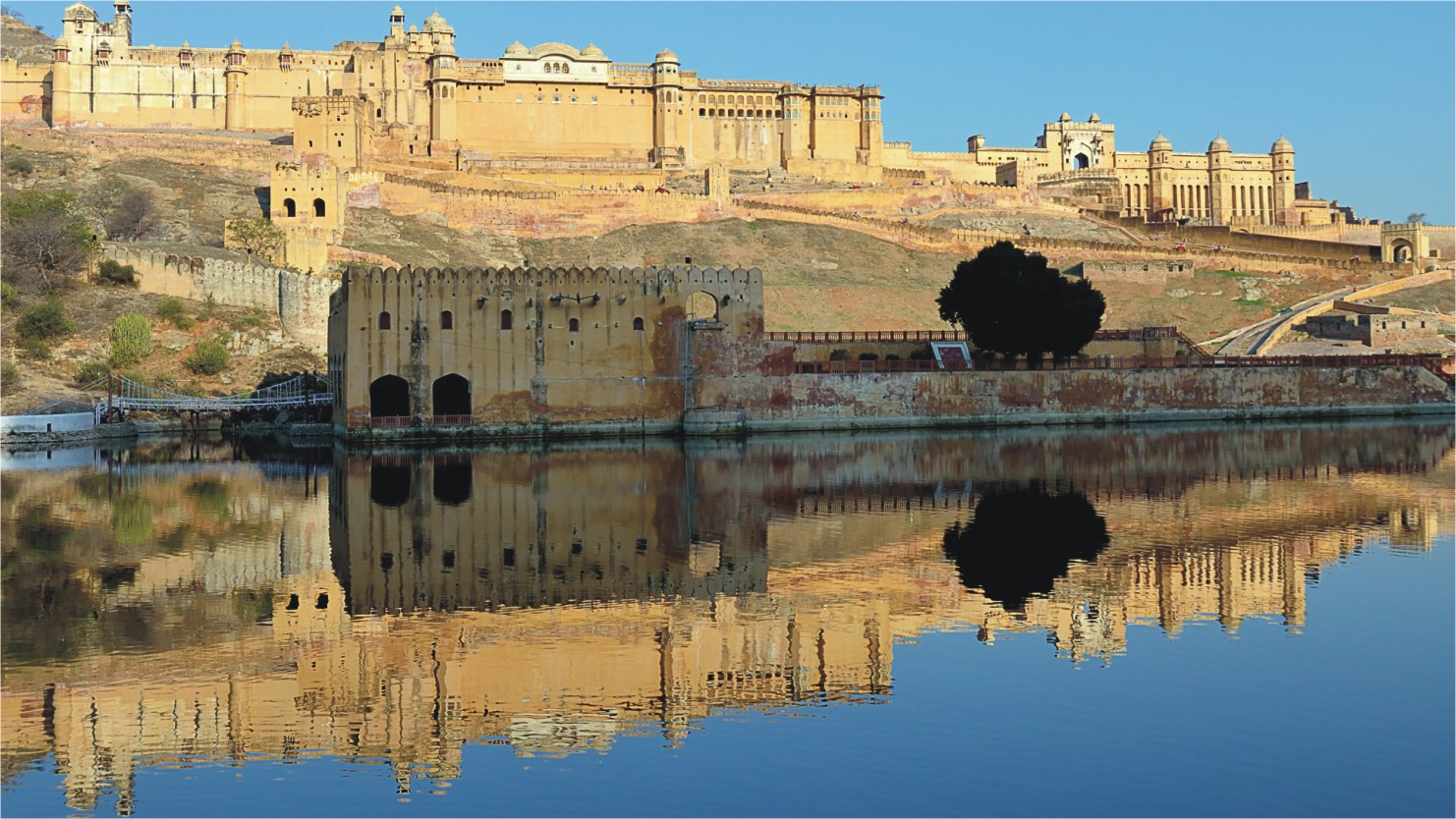 Jantar Mantar is the largest and the only working astronomical observatories that were built by Maharaja Sawai Jai Singh II. It is a UNESCO site and a must visit. It has 16 devices like the sundial, compass which shows local time, tracks celestial bodies, orbits of planet around the sun and more…. 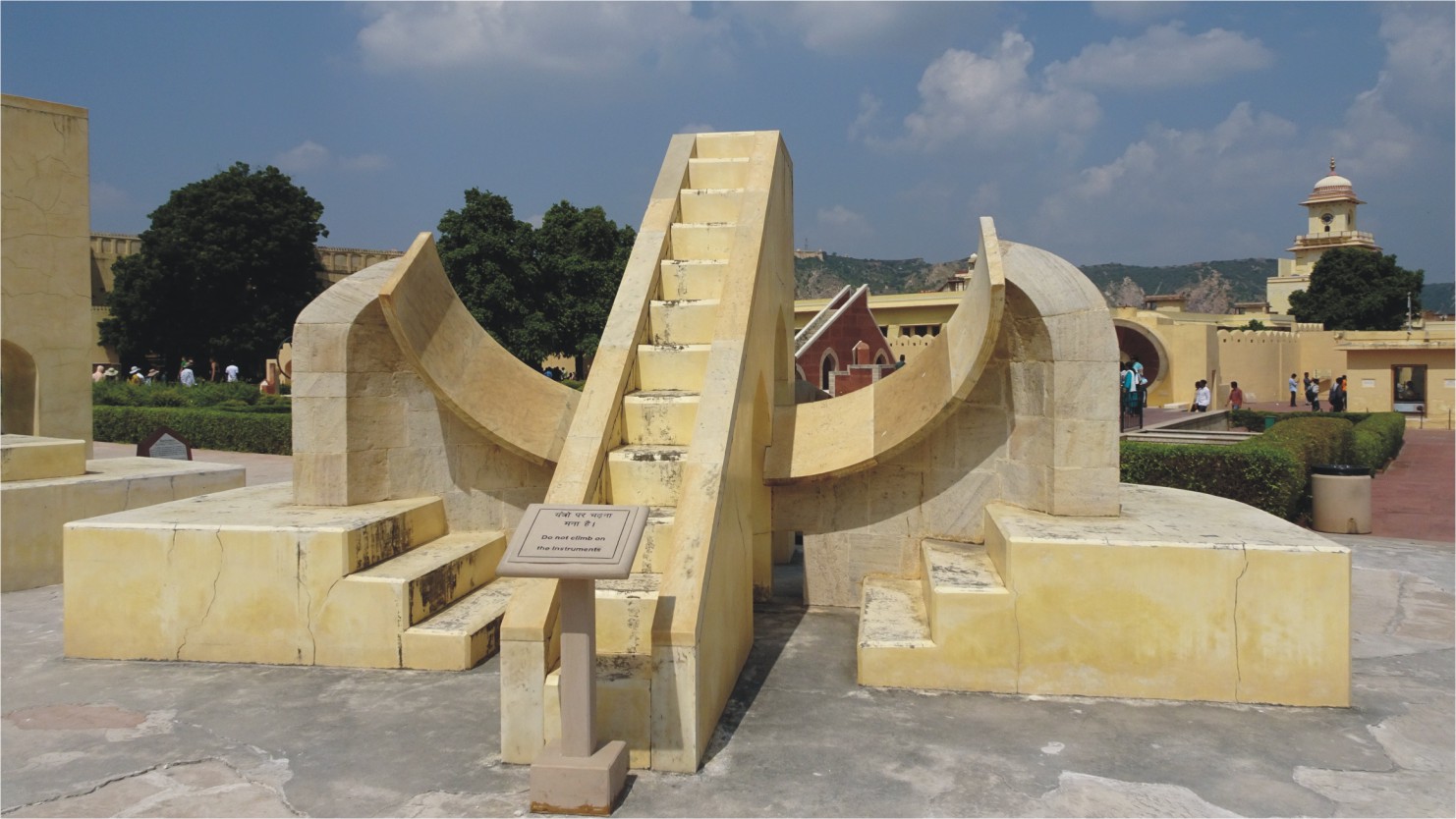 City Palace was built by Maharaja Sawai Jai Singh II in the 17th Century. The fortified complex includes the Palace of Reception (Mubarak Mahal) which in now turned into a museum displaying large collections of royal costumes. On the other hand the Maharani Mahal (queen’s palace) displays weapons and armory used by the Rajputs. The City Palace is still home to the Royal Jaipur family. 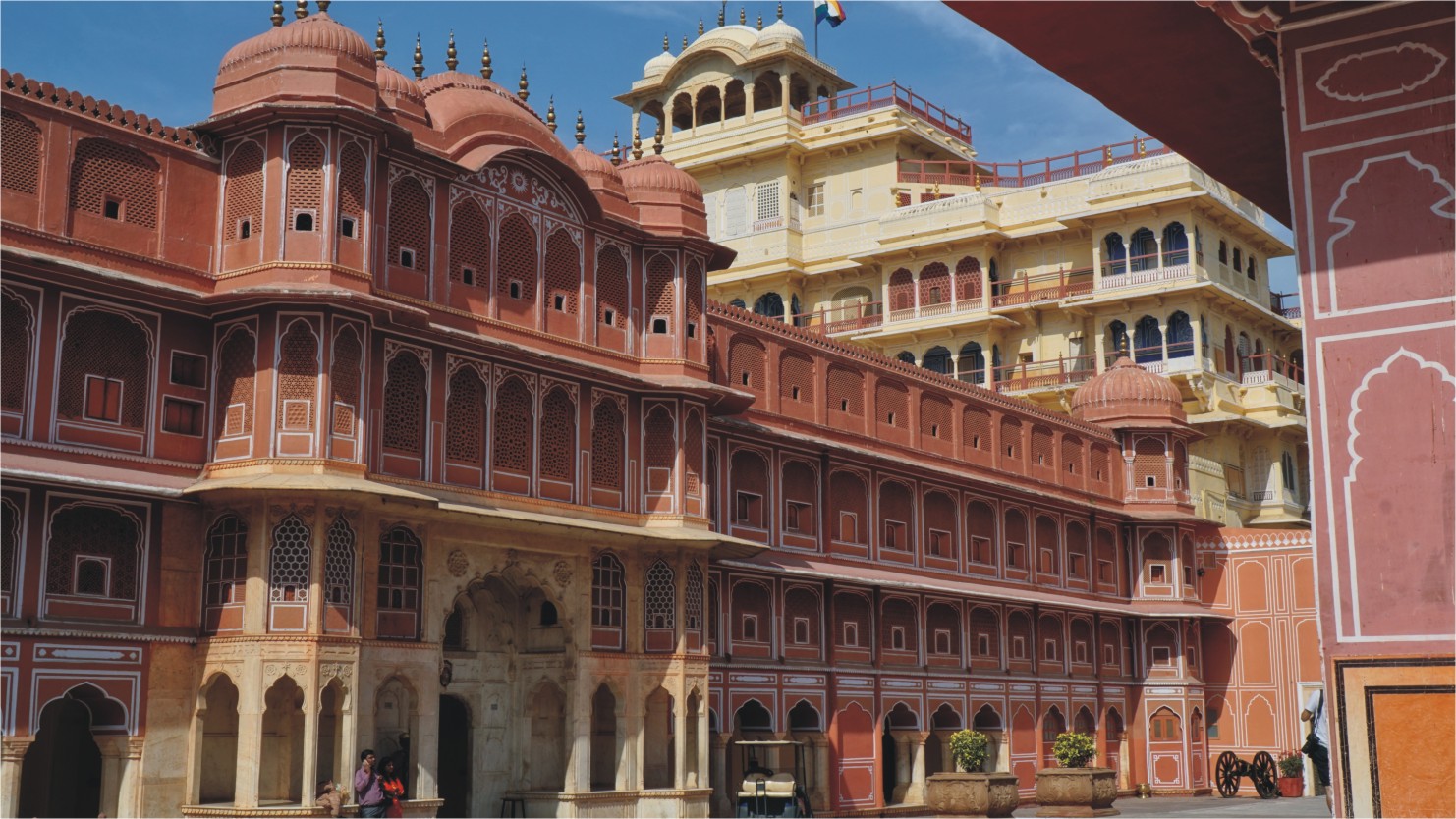 Hawa Mahal or Palace of Winds is a 5 storey building with 953 small windows called Jharokhas which provide cool air inside the Palace. It was built by the King Sawai Pratap Singh as a summer retreat for himself and his queens. The windows allowed the queens to stay behind them and observe everyday life without themselves being visible to the others. 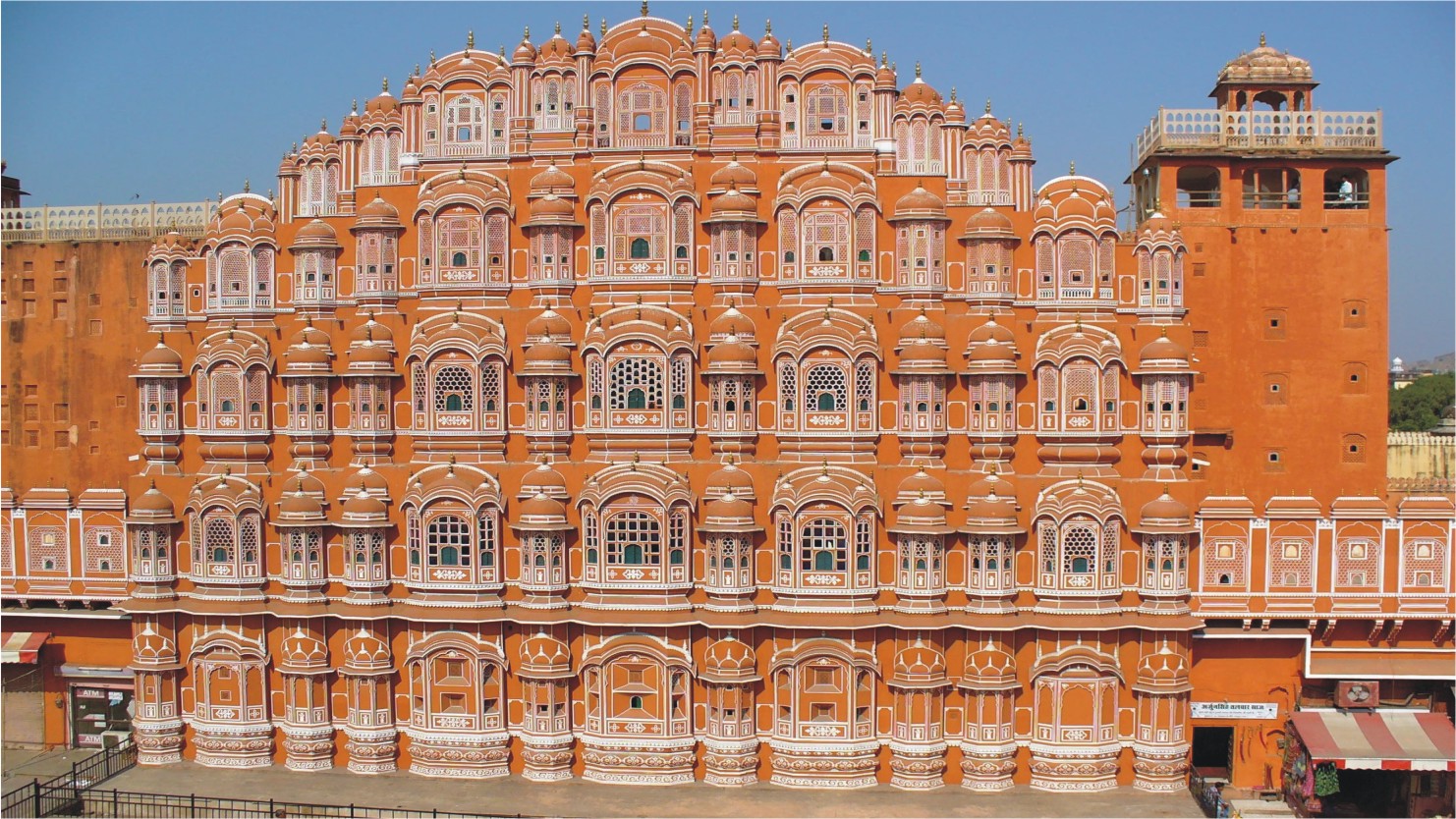 Jaigarh fort, located on a Cliff ‘Cheel Ka Teela’ (Hill of the Eagles), 15 kilometres from Jaipur, offers a beautiful view of the city below, Amber fort and the Maota Lake. The fort is connected by underground passages to Amber fort below and has the largest cannon on wheels of those times called ‘Jaivana’. It is an important fort to visit when in Jaipur. 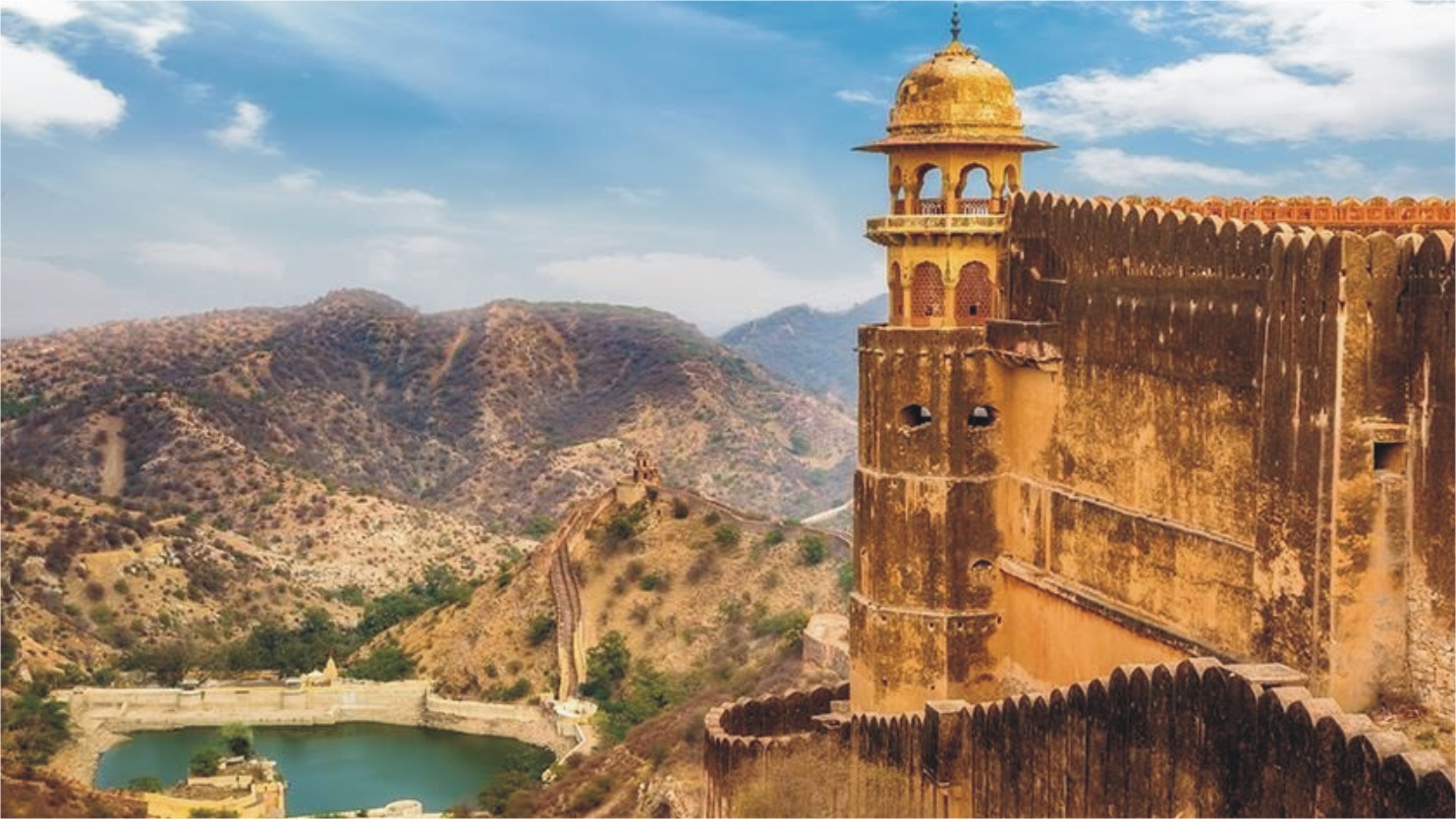 Jal Mahal is an engineering wonder of those times. It is a 5 storied red-stone palace built in the middle of Man Sagar Lake. From the land above, one can view only the top floor, while the other four floors are submerged inside the lake. It is an interesting sightseeing spot visited by many tourists visiting Jaipur. 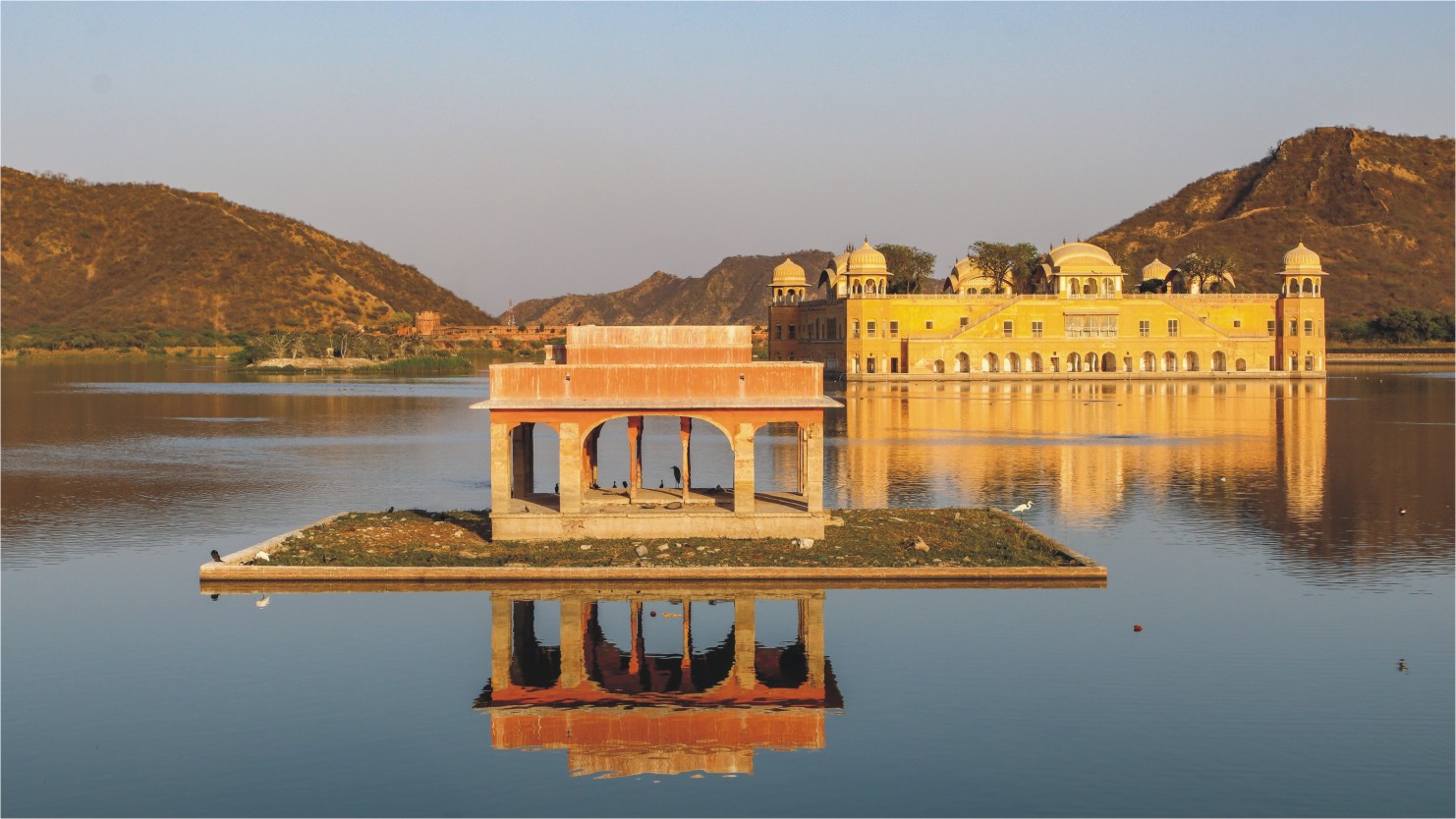 Jaipur has an international airport located 15 kilometres from the city centre. It is also well connected to other cities within the country by train. It also has good road connectivity from other major cities of Rajasthan.

India known as the Tiger Land has the largest tiger population in the world. Jim Corbett, Bandipur, Kanha, Bandhavgarh, Tadoba Andhari, Ranthambore, Kaziranga, Sunderbans are some of the well-known Tiger reserves in India.

Jim Corbett National Park is the oldest national park and the first Tiger Reserve in India. It is located in Uttarakhand,  62 kilometres from Nainital. From Delhi it is about 260 kilometres drive to Ramnagar and then onwards to the Park. The park covers an area of 520 square kilometres and has a healthy tiger population. The park is divided into 5 zones from where one can enjoy the wildlife which includes the Bengal Tiger, Elephants, different species of deer and birds. 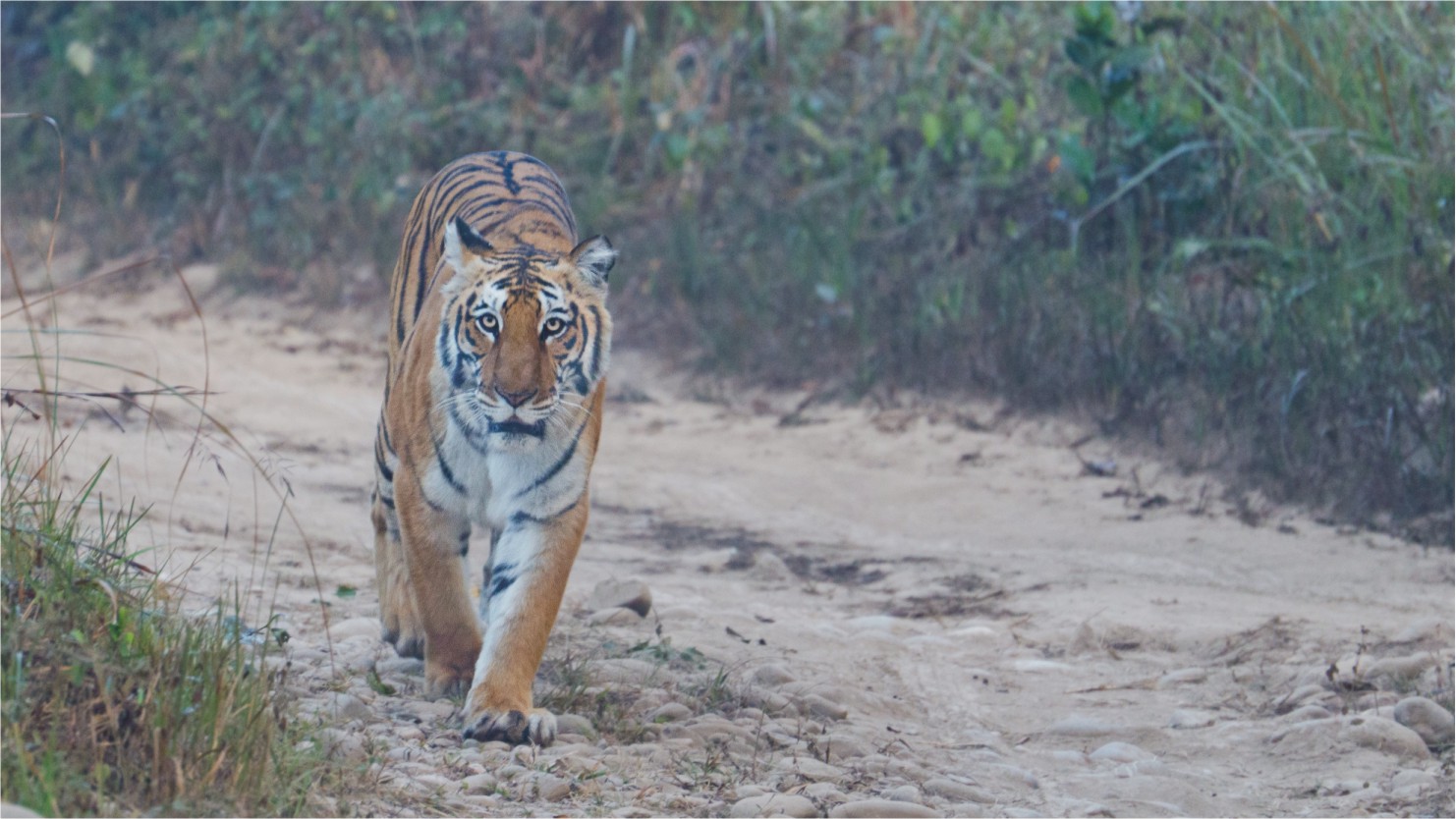 Bandhavgarh National Park is located in Madhya Pradesh, 160 kilometres away from Jabalpur airport. It is also accessible from Khajuraho by car (225 kilometres) and can be combined with a tour of Khajuraho. It was the hunting place for the Maharajas and had captured a white tiger in this area. The park has high density of Tiger population along with other wildlife like the Leopards, Spotted Deers, Sambhar, Sloth Bear, Jungle Cat and over 250 species of birds. 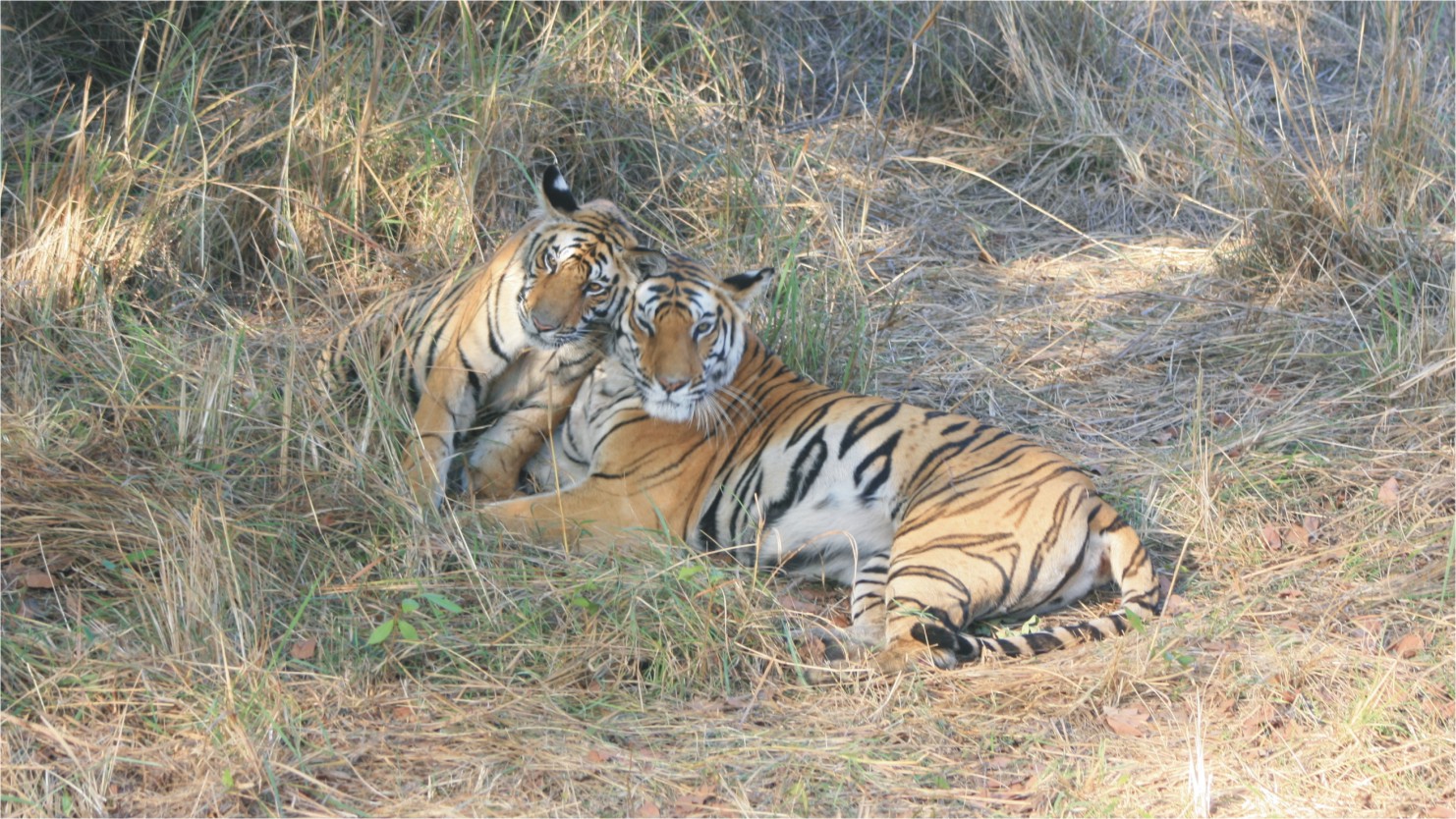 Tadoba Andhari Tiger Reserve is the largest and the oldest National Park in Maharashtra, 115 kilometres away from Nagpur. It has 6 core entry gates from where Tiger safari is possible. Leopards, sloth bears, hyena, wolf, wild dogs, Indian bison, sambhar, jungle cat, wild boar and 210+ species of birds are other attractions of this national park. Winter months are the pleasant months to visit the national park. The best time to spot tigers is during the summer months of April and May. 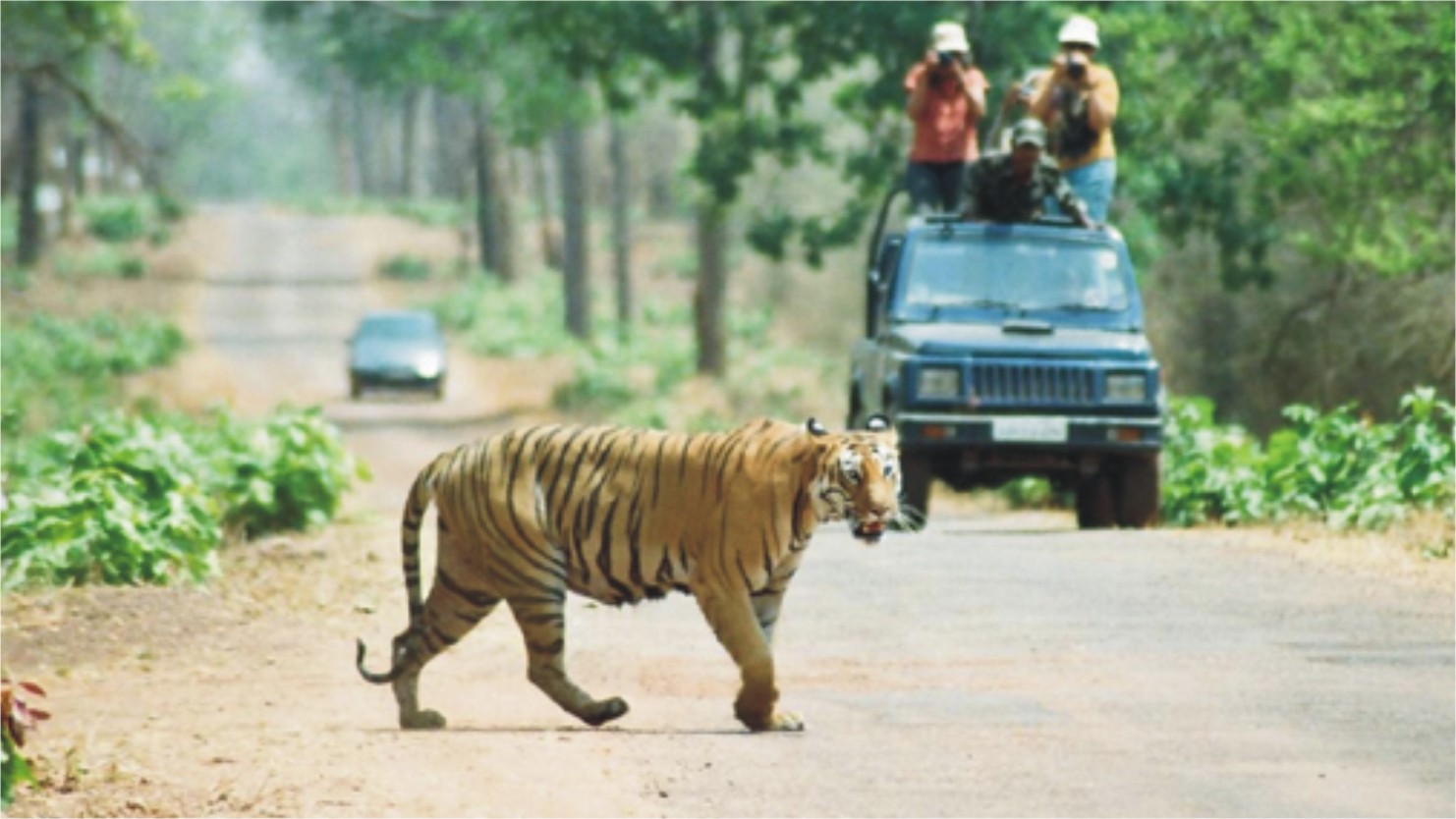 Bandipur National Park together with its adjoining parks Nagarhole, Wayanad (Kerala) and Madumalai (Tamil Nadu) forms the largest protected area in Southern India. The closest airport is Coimbatore (132 kilometres) ,  also accessible from Bangalore (262 kilometres) via Mysore. Along with tigers, the park is also known for the wild elephants, four horned antelopes, jackals, dholes and over 200 species of birds. Mysore, Ooty/Wayanad  can be combined with Bandipur National Park. 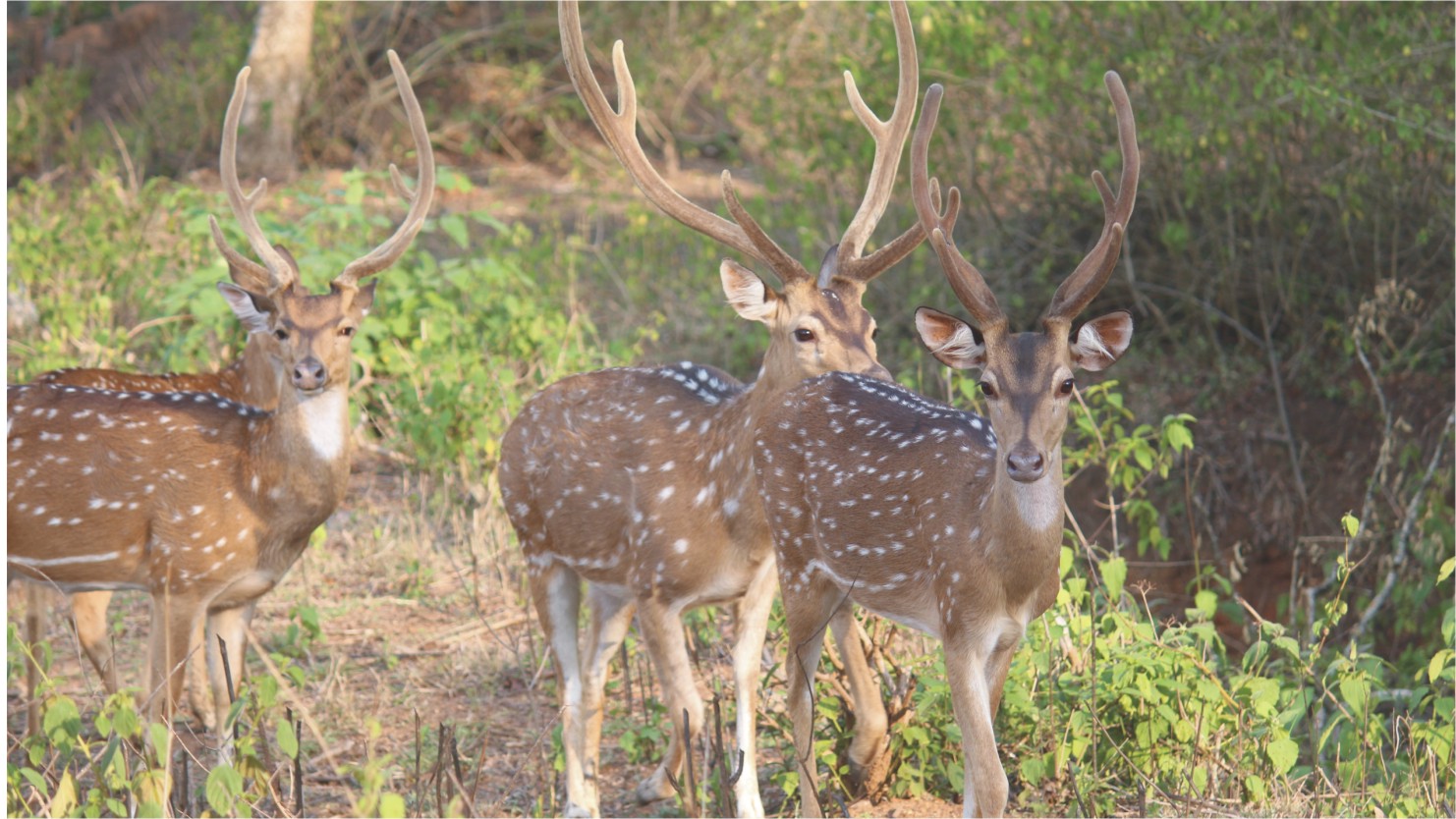 Our travel experts at Namaste Tourism will be delighted to plan your itinerary to these places. We can offer you the best wellness and spa experience in Rishikesh; ‘Live like a Maharaja’ experience in Jaipur and ‘Pristine Wilderness’ in Bandhavgarh.