Zurich – the Gateway to the mountains in Switzerland 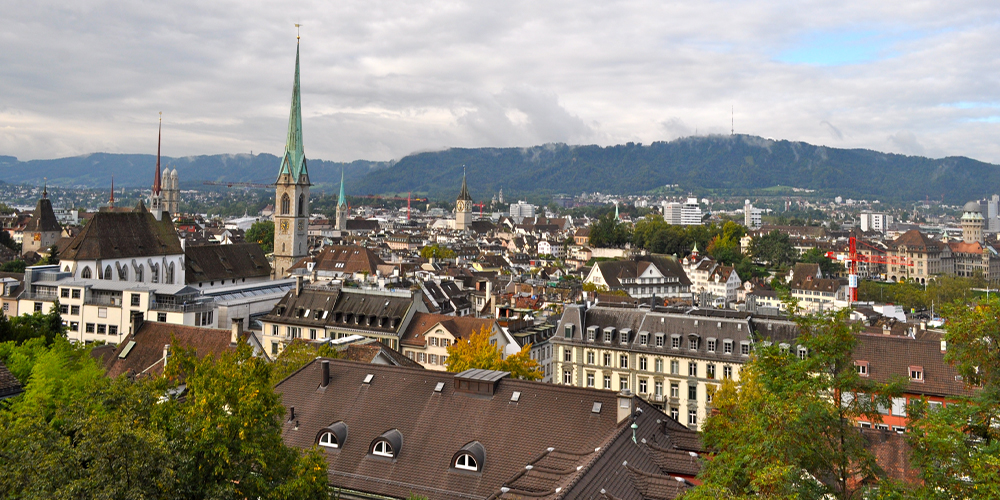 The first 6 months of 2013 had already taken me to 6 countries across Africa, Asia, North America and Europe and after a break for a couple of months and some training I was looking forward to my third full marathon in less than one year, this time in Basel, Switzerland.

On arrival in Zurich I got my 72 hours Zurich Card from the Service Center at Zurich Airport and made my way to the city centre by train in 15 minutes. The Zurich Card is a good way to explore the city as it offers you free rides on trams, buses, trains and boats as well as the cableways in Zurich. Besides it offers free admission to 39 museums and discounts as well as reductions in shops, night clubs and various activities that one can do in the city. I was just 24 hours in Zurich and that was good enough for me to get a quick glimpse of one of the Top 5 cities to visit in 2014 as per Lonely Planet – Zurich. Zurich attracts revellers from across Switzerland and the globe, for its fondues and bustling night life as well as for being a strategic financial hub for the Financiers, Bankers and those who enjoy dealing in numbers with lots of zeroes that goes at the end of it. Zurich will also be host to European Athletics Championship in 2014 and the city that lies on either side of the Limmat River and Lake Zurich and surrounded by hills on either side is also known for its famous shopping mile – the 1.2 kilometre stretch that extends with the most attractive, elegant streets for shopping with spectacular window displays and exclusive shopping experiences for those who have no boundaries for their budgets. 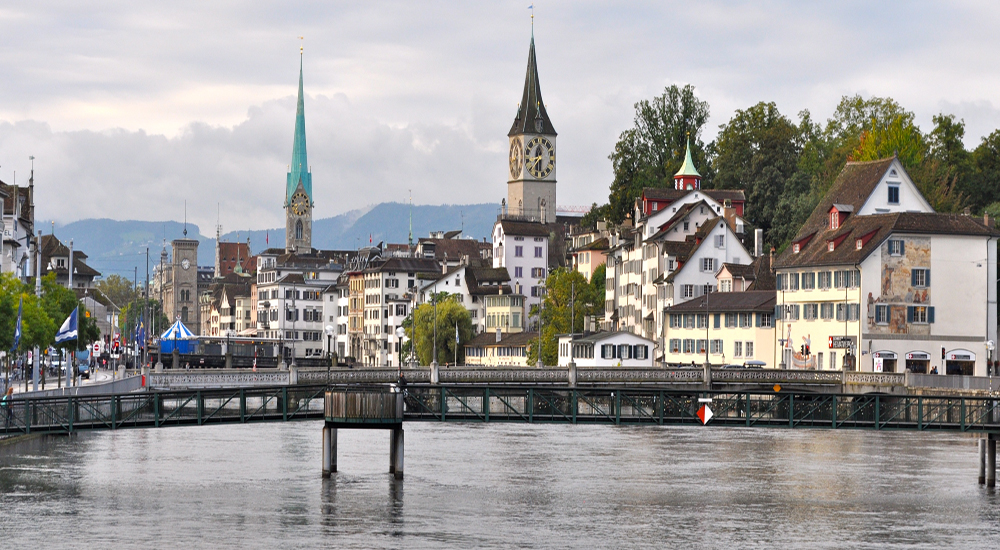 Whether it is to see Europe’s largest waterfall – the Rhine falls traversing a beautiful wine growing region or the Top of Switzerland – Jungfraujoch, a UNESCO world heritage site passing thru idyllic landscapes of Kleine Scheidegg and transiting from a cog wheel train to the highest train station in Europe or an adventure excursion to Mount Titlis – the highest mountain point in central Switzerland, Zurich is truly the gateway to the mountains in Switzerland. Even Mount Pilatus, Mount Rigi , Mount Stanserhorn, Mount Engelberg and even the cities of Lucerne and Interlaken as well as the countryside of Heidiland and Appenzellerland can be accessed as day trips from Zurich.

My hotel was located at Zaehringerstrasse which is less than 5 minutes walk from the main train station or the Hautpbahnhof I started my walking tour with Elisabeth Brem, my local guide to discover key parts of the Old Town which has over 2000 years of History to offer. We started the tour by taking the funicular or PolyBahn to go up to where the ETH University is located and from where you get a panoramic view of this wonderful city. 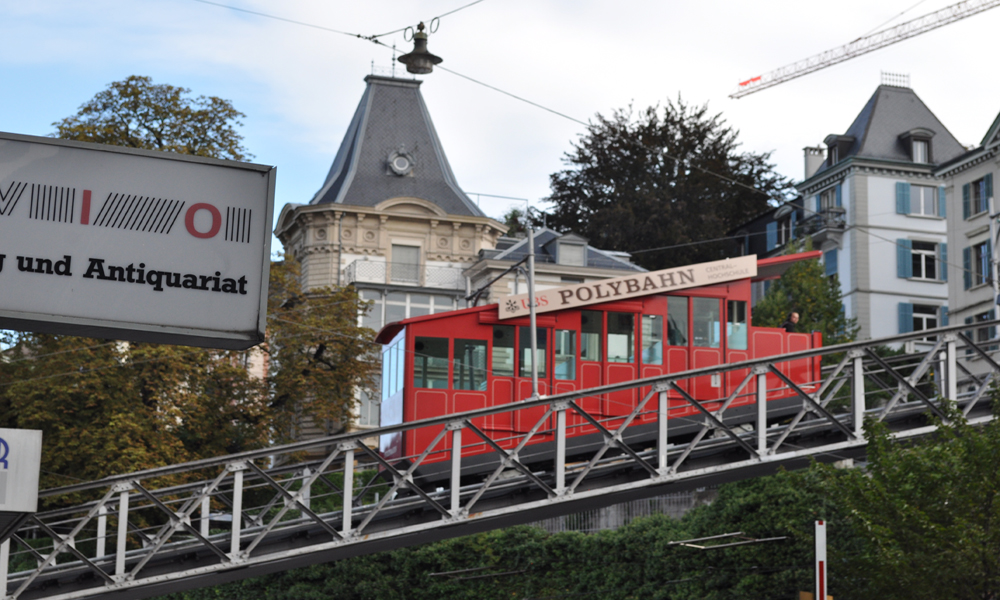 The funicular is known locally as Polybahn or Poly , an abbreviation of Polytechnikum and stands for the Federal Institute of Technology which is located high on the hill overlooking the Old Town and the Limmat River. Zurich is a city of hills including the steep one that climbs from the eastern end of the Bahnhof Bridge. The Polybahn consists of two cars that are connected by a cable. As one climbs uphill, the other comes downhill and crosses each other in the middle and each cycle repeats every three minutes. The cars can carry upto a 1000 passengers every hour. 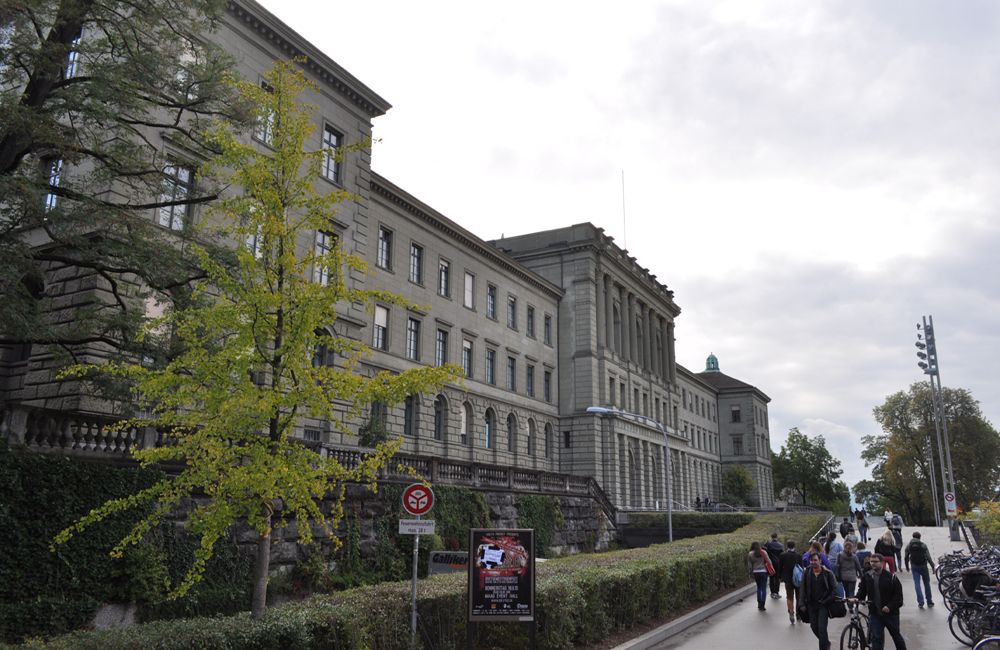 On getting off the funicular, on the right hand side was the ETH University – established in 1855 and a very iconic University , only 2nd in ranking after the University of Cambridge in Europe and 8th Best University in the World for the faculties of Technology, Science and Engineering. It is not surprising that there have been over 21 Noble laureates from this University including Sir Albert Einstein. The University campus comprises of two main buildings. The open terrace in front of the University offers a panoramic view of the city including a view of Switzerland’s tallest building – the Prime Tower which stands 126 metres high. As we descended back into the Old Town, we traversed the Botanical Garden. 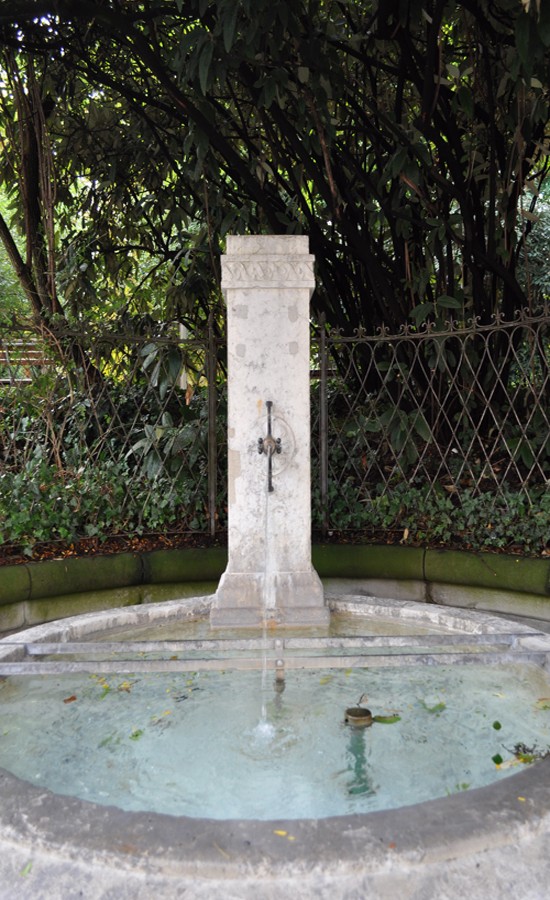 Zurich has over 1200 fountains and you can drink from any of the fountains as the water across Switzerland is potable. Zurich is home to many museums including the Kunsthaus – the fine art museum which houses over 4000 paintings besides sculptures and installations and has one of the most important art collections in Switzerland. The Haus zum Rech houses the historical city model of Zurich in the 1800s . Museum lovers would need more than a couple of days to explore the rich cultural history that the city has to offer. The Neumarkt area has several restaurants including the Garten Wirtschaft – a beautiful garden restaurant which serves some fine local cuisine and is a place to dine in the evening amidst greenery in a courtyard ,right in the heart of the Old Town. 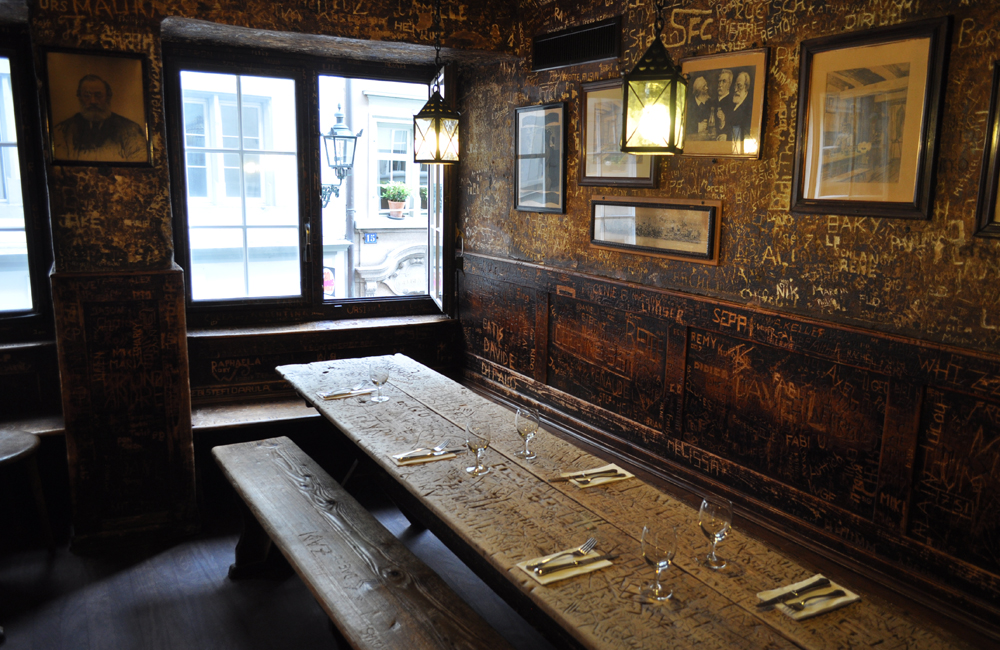 One of the most iconic places to dine is the Oepfelchammer – the oldest preserved tavern in Zurich located at 12 Rindermarkt (or Cattle Market) . The restaurant cum tavern dates back to 1801 although the place is in existence since 1357. It is said that Napolean and his soldiers used to assemble here for a drink and is one of the authentic Swiss-German pubs in Zurich. An old tradition that continues till date is that the guests can try to climb a beam and go through it and if you succeed, you would be eligible to get a free drink. There are some pictures on the wall and an in-wall carved plaque to Gottfried Keller, a famous 19th Century writer . Keller was named the 1st official Secretary of the canton of Zurich. 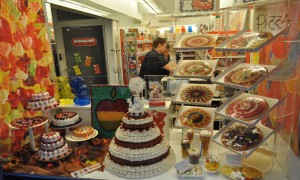 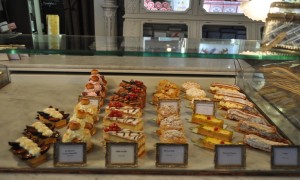 Zurich is a culinary delight as much as it is known for its museums as well as rich history. As we continued our walking tour we passed several Conditorei-Cafe and one of the stand out ones was the Peclard Conditorei Cafe Schober located in the middle of the Old Town which not surprisingly is known as “sweet corner” . Handmade chocolates, pastries and cakes are a speciality of this shop cum stylish cafe that has stood still since the middle of the 19th Century. As we cross the Rathaus or Town hall bridge on to the other side of the Limmat River, we see the imposing Clock Tower of St Peter’s . This iconic building was the first church built under Protestant Rule and the steeple’s clock face has a diameter of 8.7 metres – the largest church clock face in Europe. St Peter’s is one of the 3 main churches of the Old Town besides Grossmuenster and Fraumuenster. 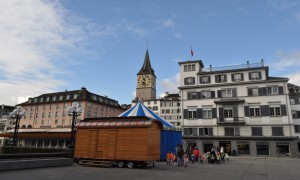 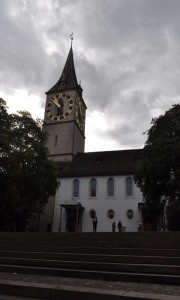 Zurich’s iconic building is the Grossmuenster Church which was commissioned by Charlemagne and construction began in 1100 and was inaugurated in 1220. The twin towers of the Grossmuenster is the most recognized landmark of Zurich. Our next stop was a site inspection at the Widder Hotel located in the enchanting Augustiner quarter of the old town, a couple of hundred metres away from Bahnhofstrasse – Zurich’s main downtown street and one of the world’s most exclusive and expensive shopping avenue. Bahnhofstrasse boasts of being one of the most expensive streets for retail property in the world and not surprisingly it ends at Paradeplatz – the Epicentre for Banks where possibly a lot of dubious and not so dubious have stacked their monies in one of the Swiss banks out there. 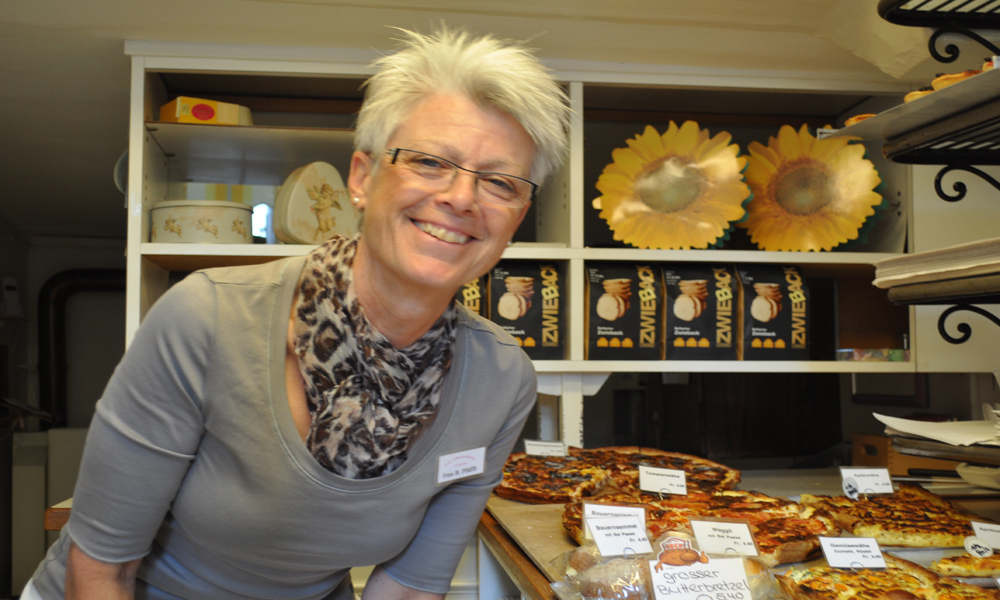 The 2 hour walking tour was an interesting one. If I had time in hand, I am sure I could have discovered more of this wonderful city . It was time for our luncheon cruise on Lake Zurich. There were some very interesting vignettes en route of our walking tour including one of the smallest bakery that I have ever seen- just a window and as you peep thru it, you will be tempted by the freshly baked produce . “Brot von Ihrem Beck” – translated as bread from your baker was the board outside and we were greeted by a wonderful lady with a charming smile knowing very well that it was not the small store but the aroma of freshly baked bread that pulled us in the direction of this mini-bakery. 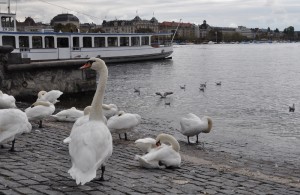 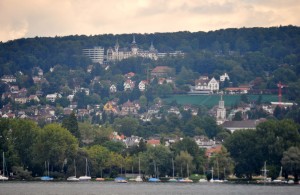 We took our 90 minutes luncheon cruise from Buerkliplatz. Lake Zurich was formed millions of years ago by the rivers and glaciers advancing from today’s Alpine region into the lowlands that created the lake basin and carried with them boulders and rock. This gave rise to ranges of hills bordering Lake Zurich and today the lake divides Zurich into two parts the Gold Coast and the Cold Coast. Zurich’s Gold Coast that comprises of lakeside towns such as Herrilberg and just 20 minutes from the airport is the iconic Dolder 5 star luxury hotel and spa which has a spectacular view of the lakeside . The Dolder Grand is where you will find top celebrities and dignitaries from across the globe. The main reason that the Eastern side of Lake Zurich is known as the Gold Coast is because it goes more sunshine and the evening sun has a golden glow which is truly beautiful. The Cold Coast which is the western side of the lake on the other hand is relatively cooler and lies under the shadows of the mountains. 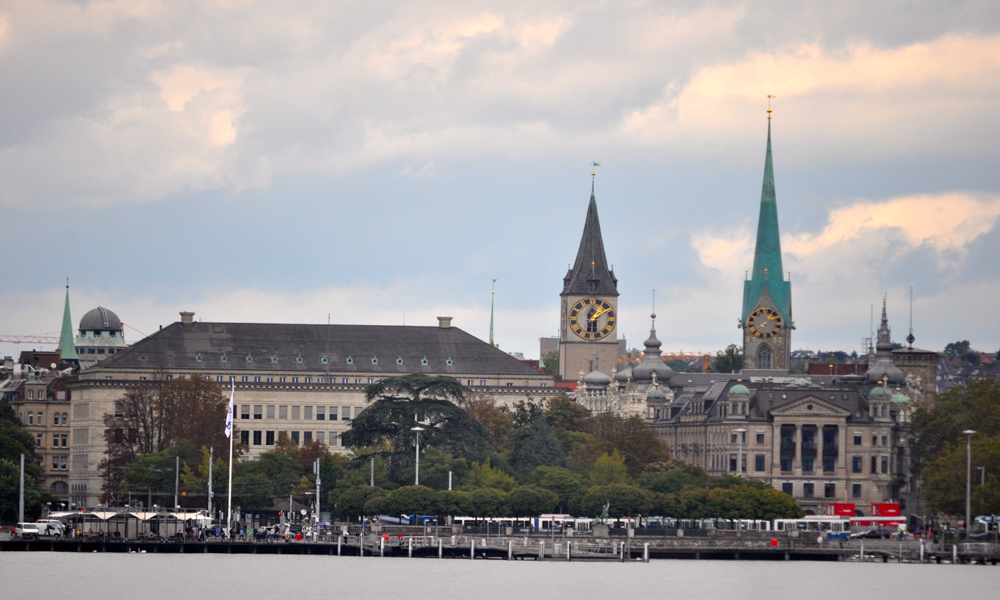 After the cruise, it was time to bid adieu to my guide Elisabeth Brem thanks to whom I got a good glimpse of this wonderful city and will surely be my stopover points whenever I visit Switzerland again. The sun was out and I had time to go to Uetliberg – the Top of Zurich, that lies 871 meters above sea level and offers one of the most spectacular views above the city and the lake. On a clear day you can see as far as the Alps. From the railway station the S10 takes about 20 minutes to reach the summit after which it is a 8 to 10 minutes walk covering 500 odd metres to reach to the Turm or Tower . The Uetliberg is truly an adventure mountain that offers trekking, hiking and paragliding. The landmark of Zurich’s local mountain is the steel 72 metre high lattice tower that can be reached by climbing 187 steps to reach on top of the tower to get one of the most stunning views the city has to offer. 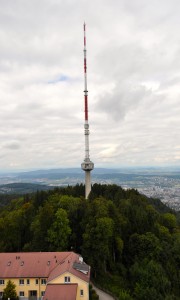 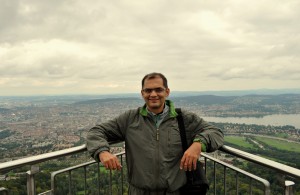 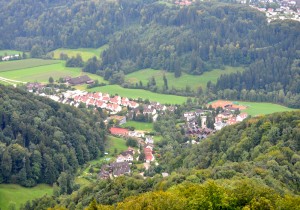 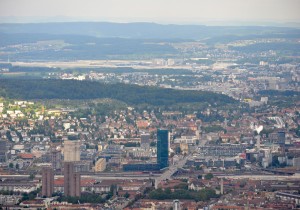 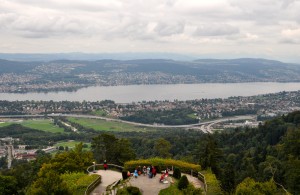 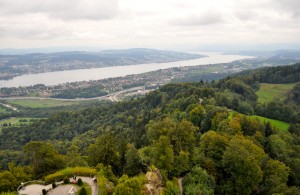 It was a long day for me after an overnight flight and it was time to wind up early that evening as the next morning I was looking forward to my visit to the home town of Roger Federer.