Morocco has been a destination which is on everyone’s bucket list – from mystical Marrakech to the astonishing Atlas Mountains, from the sand dunes of Sahara to the souks and riads and the coastline on the Atlantic, this magical country located on the northwest coast of Africa is an exotic gateway to Africa and forms an interesting link to Europe from the Iberian Peninsula. 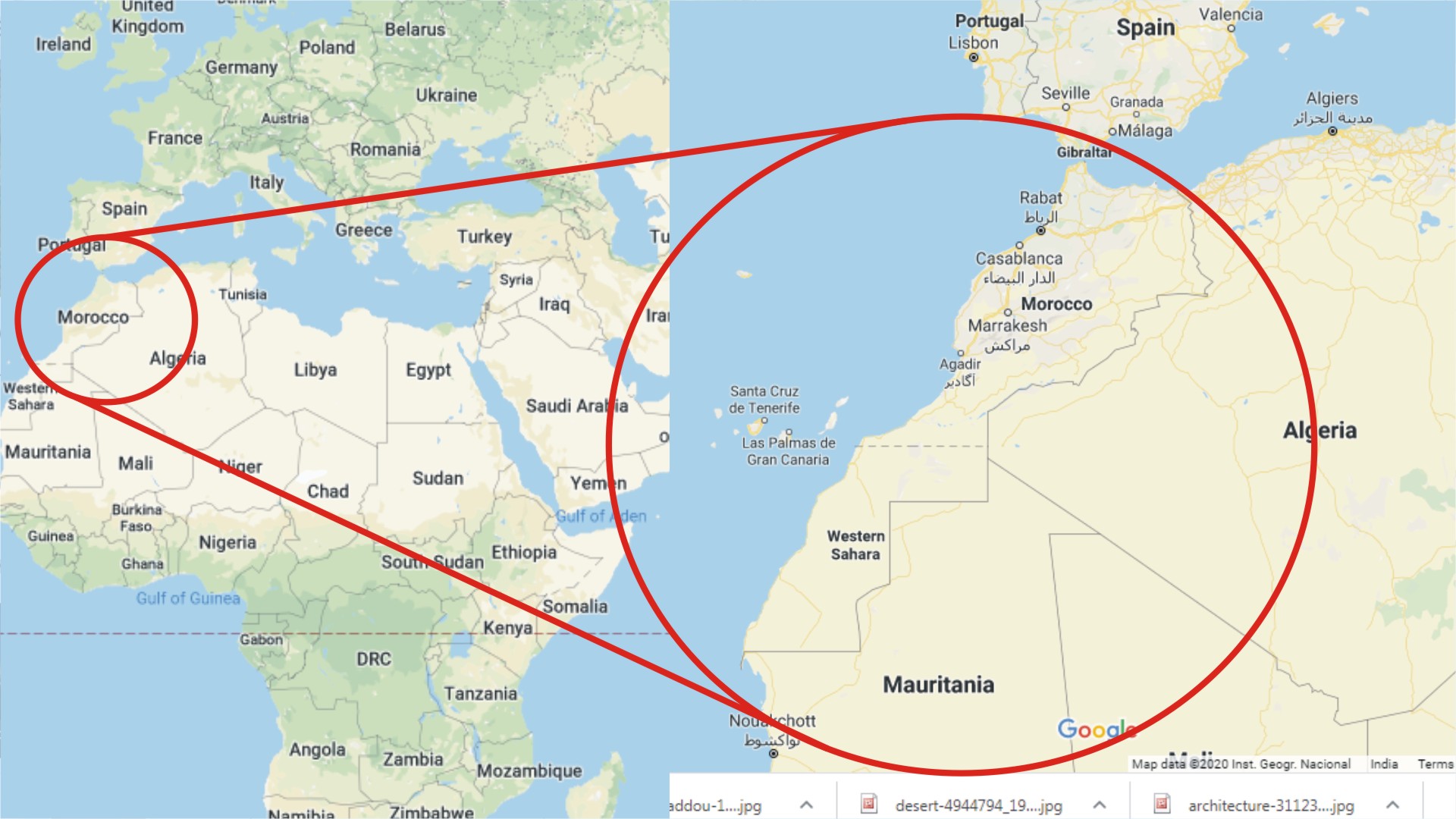 Casablanca is a city known for its colonial setting of the 1942 romantic film but the city of today doesn’t quite reflect that dreamy, enchanting feeling. Instead modern day Casablanca is a trading powerhouse and economical capital of Morocco. Hassan Mosque is the famous landmark here which was built by King Hassan II in front of the Atlantic Ocean. It has the world’s tallest minaret and part of the mosque’s floor is made up of glass so that the worshippers can pray right over the sea. Rick’s café, the famous bar from the old film “Casablanca” is the place to visit if you really want to hark back to the black and white films, but do remember it’s a reconstruction. 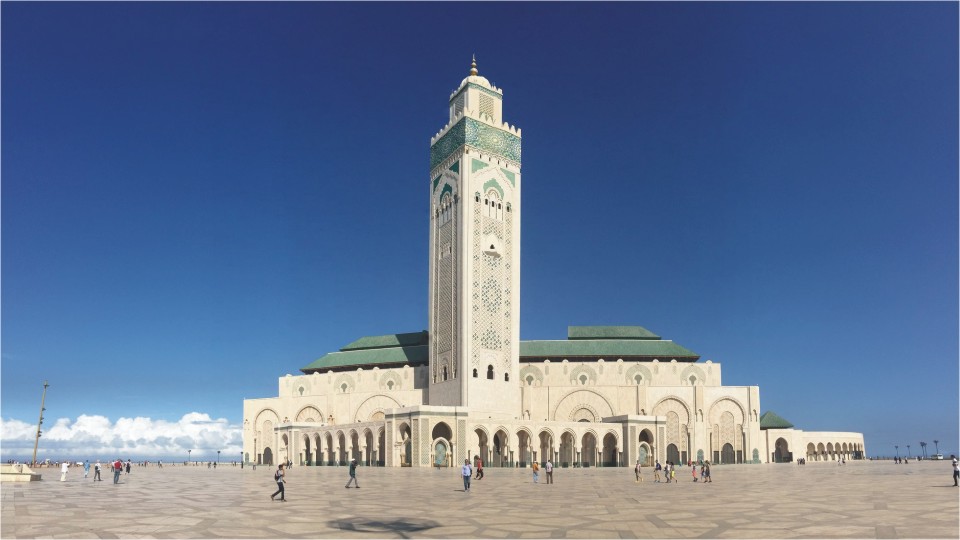 Rabat located on the Moroccan coast is the capital and cultural city of Morocco that has a rich history too. It is one of the top tourist destinations. Tourists are pleased to see wide boulevards and outdoor cafes in the new portion of the city. But most travellers would like to visit the old town, or medina with its fortified walls and buy Moroccan souvenirs, carpet, leather and experience the heart of the city. Also it is worth seeing the Kasbah des Oudaias a UNESCO site overlooking the ocean. You will see many green roofs in the city which indicate either a mosque or palace. 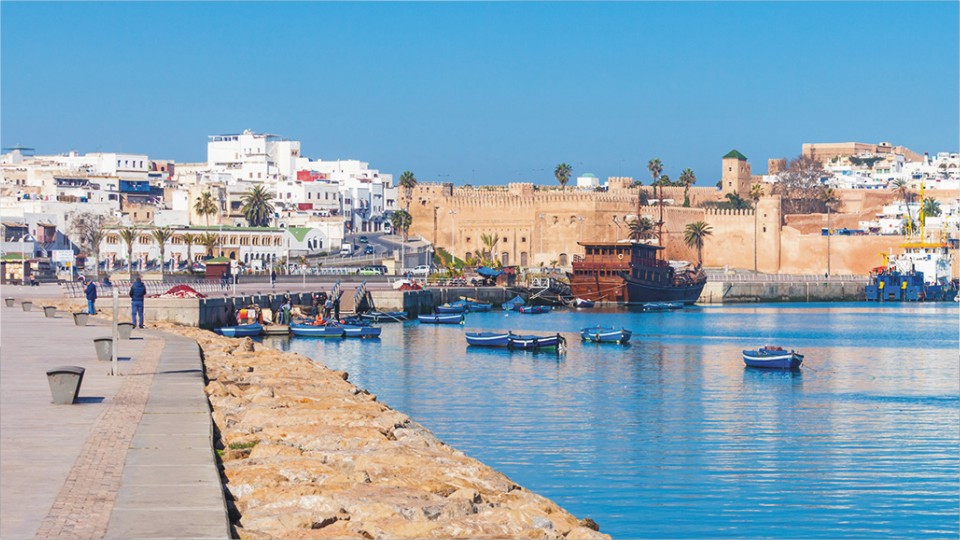 Tangier is a port city in the northern part of Morocco on the Strait of Gibraltar that separates the African and the European continent. It is well known for its white beaches and whitewashed medina on the hillside (UNESCO). People mainly from Spain or going to Spain visit Tangier as it is a port city. It is also well known for the Café Hafa and the Hercules caves. 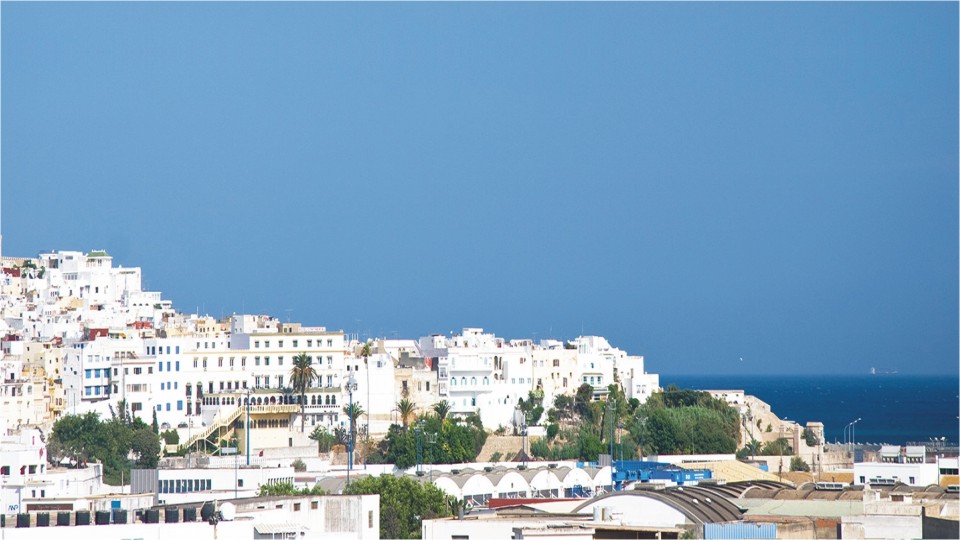 Chefchaouen is called the blue city because it is filled with buildings coloured in varies shades of blue. Located in northwest Morocco, Chefchaouen is close to Tangier, making it a popular tourist destination. Surrounded by breathtaking mountains, the city’s narrow labyrinth of lanes hide plazas and ancient kazbahs, with plenty of photo opportunities around every corner. It’s popular with shoppers who can find Moroccan handicrafts, such as woven blankets not found elsewhere in the country. Staying in a Riad, a traditional Moroccan house is worth an experience. 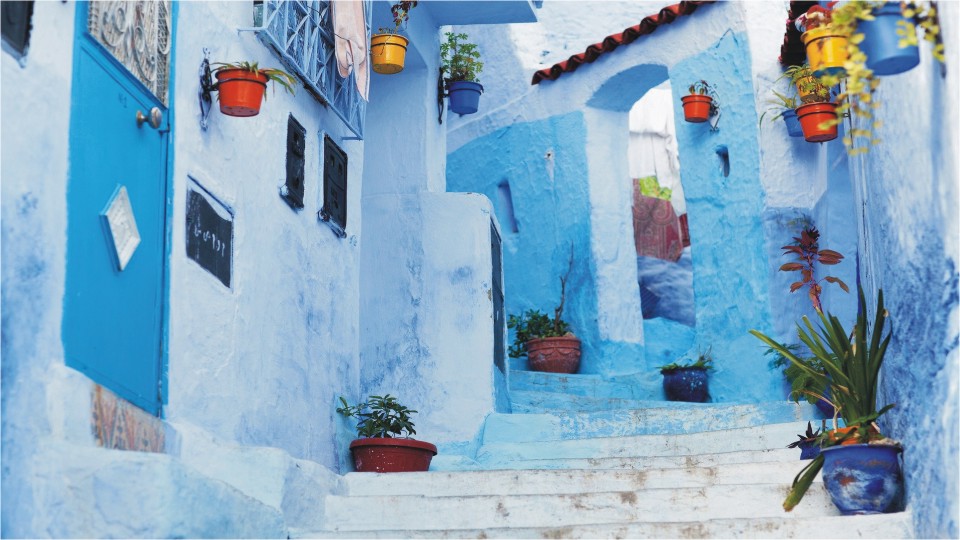 Once the capital of Morocco, Fes is a city that displays culture and history. It has the largest and oldest medina in the world and is known for its oldest existing continually operating University “The University of al-Qarawiyyin, or Al-Karaouine”. The 11th century Chouara Tannery is one of the largest tanneries in Fes and has been making export quality leathers for traders for many generations. For those interested in knowing about the leather tanning process, a visit to the tanneries in the medina should be on your agenda. 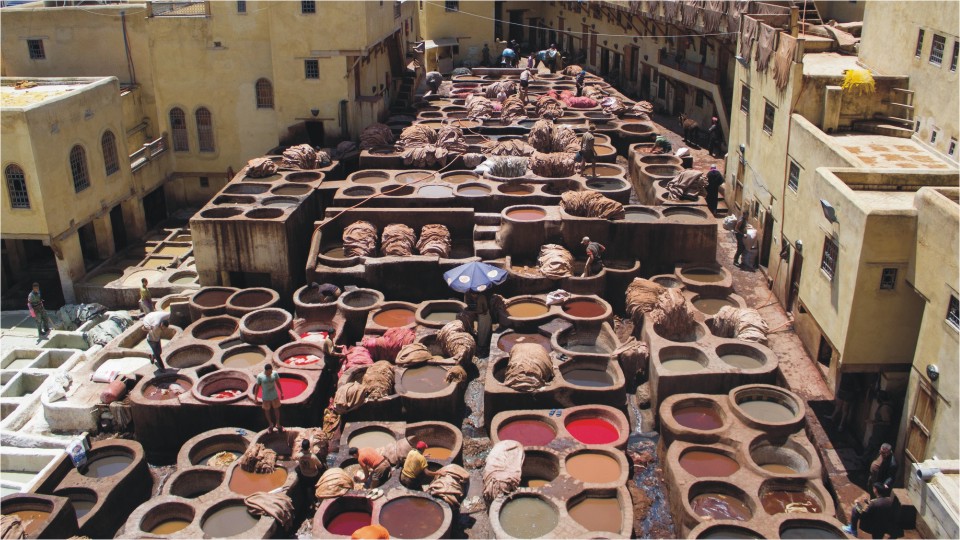 The historic Spanish-Moorish style city of Meknes has exerted a considerable influence on the development of civil and military architecture along with the art work found in this city. It also contains the rare remains of the city founded by Sultan Moulay Ismail of the 17th century. The Bab Mansour, Bab Berdaine and Bab El-Khemis are some of the grand entrance gates to the Meknes. Behind the walls you will locate interesting and key monuments like the mosques, hammams, palaces, private houses ,etc 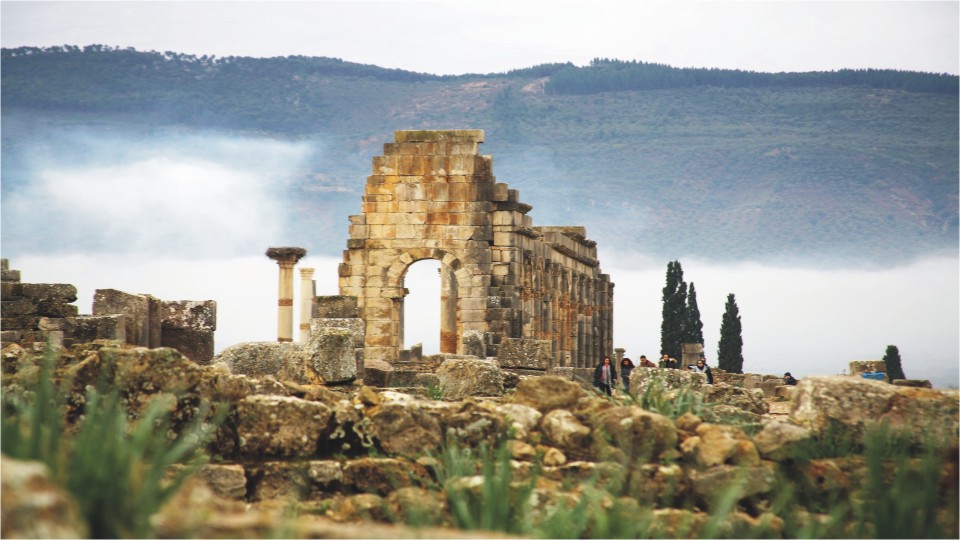 Merzouga is a small village close to the border of Algeria in the southeastern part of Morocco. It is well known because it is very close to the famous tourist attraction Erg Chebbi where you find large sand dunes that are formed due to the blowing winds. To reach here, one can either take a flight from Fes or go an adventurous and picturesque long drive to enjoy mountains views, lakes, canyons and desert with couple of stops en route. In Merzouga you spend a night in Berber tents – stargazing, dining and enjoying music. An entire day can be spent in desert activities like sand boarding, quad biking, camel riding or even taking a walking tour of the desert. 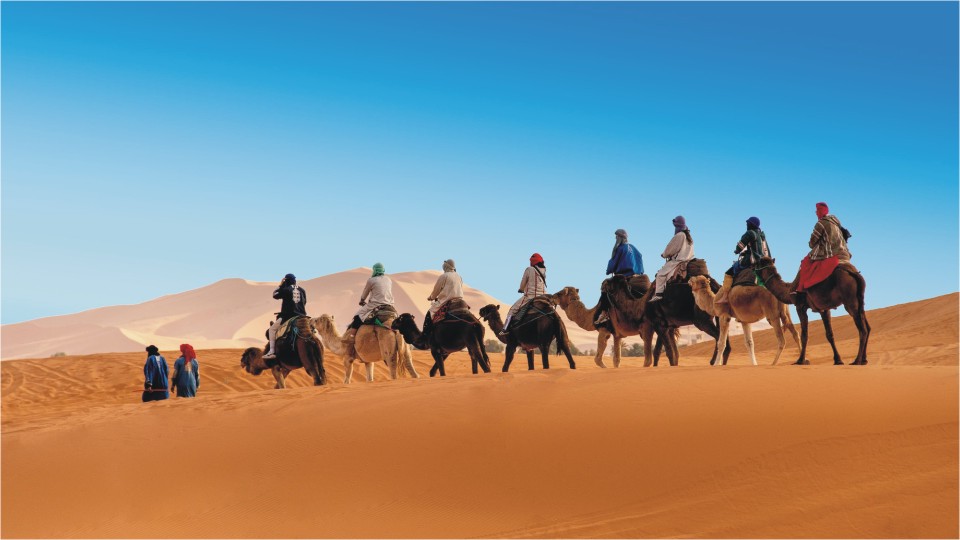 Ouarzazate is a small city south of Morocco’s Atlas mountains that runs from the coast of Morocco towards Algeria and Tunisia. Ouarzazate is nickname as “the door of the desert” is the entry place to the Sahara desert as well as it is known as the film city of Morocco. From Merzouga you drive through the Dades Gorges, Rose Valley, beautiful Kasbahs and then reach Ouarzazate. Kasbah Ait Ben Haddou is an old fortified Moroccan settlement made from earth and wood using traditional construction techniques. It is a UNESCO site and has been featured in famous Hollywood movies including Lawrence of Arabia , Gladiator and the Mummy, amongst others as well as the Game of Thrones series. 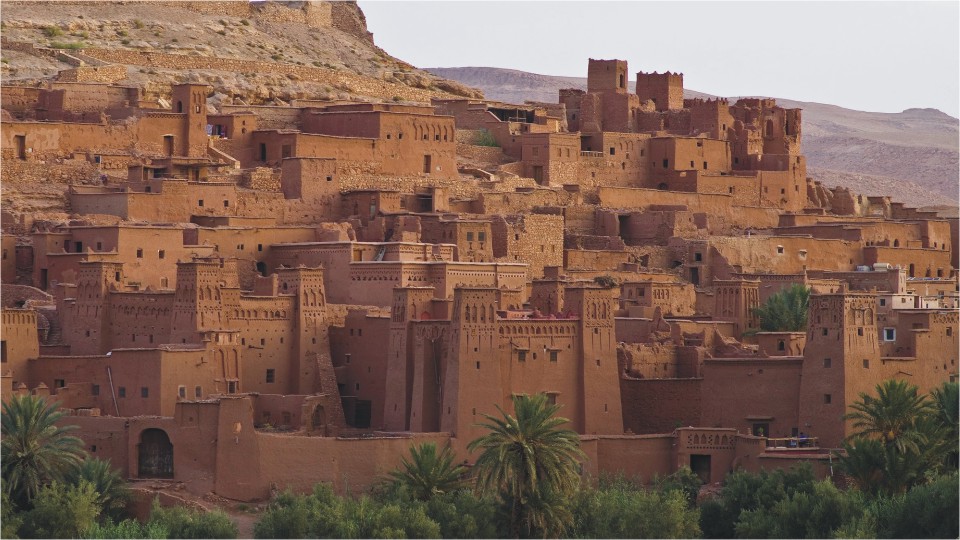 In the past Marrakesh was one of the imperial cities of Morocco and now sometimes referred to as the Red City because of its architecture and buildings built with sandstones. Many famous celebrities used to visit Marrakesh in 60s and until today is still one of the most popular tourist destinations in Africa. The best way to explore this charming city is by walking through the medinas watching the snake charmers, bargaining with the shopkeepers over the price of an old carpet, enjoying local food and delicacies or having an authentic Hammam spa in a public bath. Other possibilities include visiting the Bahia Palace, Jardin Majorelle – a botanical garden, shopping for souvenirs at the Medinas & souks or enjoying mint tea at a traditional tea house. For ski lovers, in winter months you can visit Oukaimedan, a ski resort located under 2 hours drive from Marrakesh. Marrakesh is also home to some of the finest luxury hotels and riads that you will find in the African continent. 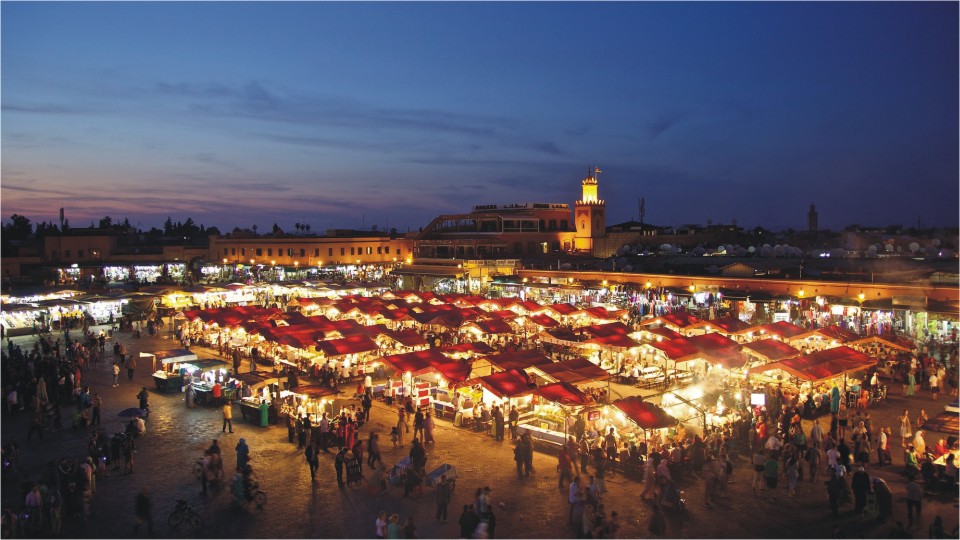 For beach lovers, the coastal city of Essaouira on the Atlantic coast of Morocco could be a good option instead of Marrakesh. Here you can enjoy water related activities and also explore the ramparts filmed in the series “Game of Thrones” and the Salman Khan, Katrina Kaif starrer Bollywood flick “Tiger Zinda Hai” . The UNESCO listed medina here is worth a visit. 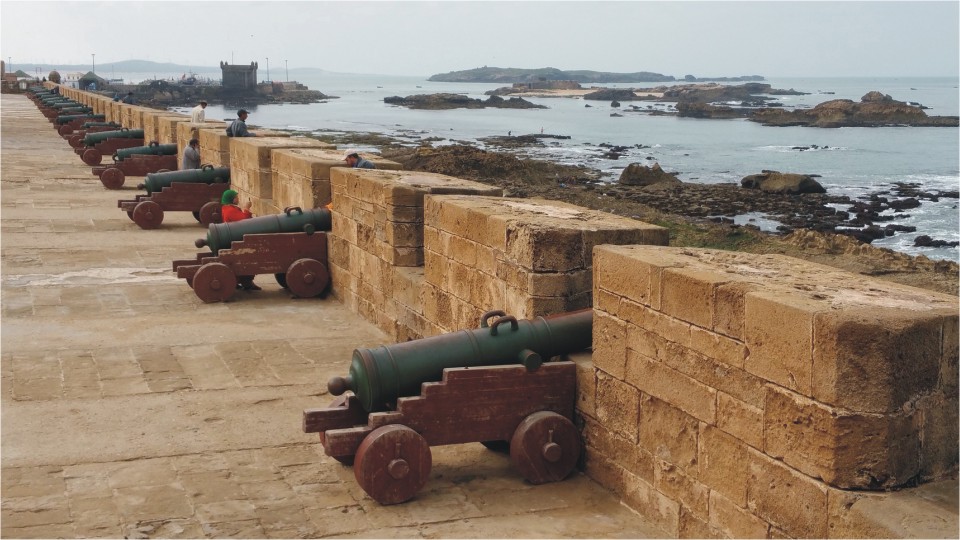 So when do you plan exploring Morocco ?